Photographed using a Voigtlander 15mm lens which does not perform well in low light and because it is an ultra-wide angle lens the images do show a degree of distortion.


St. Patrick's Church, Belfast is a Roman Catholic church located in Donegall Street area of the city. The first church was opened on the site in 1815 while the current building dates from 1877.


Belfast's first Catholic church was St Mary's, Chapel Lane but with the growth of the catholic population in the early nineteenth century Bishop William Crolly then a priest in residence in the small Georgian town decided to construct a new church in Donegall St. This church was opened in 1815.

In the post-famine era Belfast's Catholic population swelled considerably and while other churches and new parishes were developed, by the early 1870s it was clear St. Patrick's needed an entirely new and larger church. This new church was designed by the architect Timothy Hevey who was Belfast's leading Catholic architect. It was built by Collen Brothers of Portadown and Dublin who constructed the new church around the old one which was then demolished.

The entire fabric of the new church, designed to seat 2000 people, was completed for blessing on 12th of August 1877 by the Primate of All Ireland, Archbishop Daniel McGettigan of Armagh.

The splendour and scale of the church meant it was the chosen venue for the episcopal consecrations of Bishops Henry Henry in 1895, of John Tohill in 1908 and later in 1929 of Bishop Daniel Mageean.

One notable feature is the 7ft tall statue of St Patrick above the door which (like the altar) was carved by the English-born James Pearse, father of Padraig Pearse. The church also houses a triptych by a native of the parish who was baptised in the older, smaller church Sir John Lavery. He presented 'The Madonna Of The Lakes' using his wife Hazel Lavery and step-daughter as models.

A two-ton bell, cast by Thomas Sheridan of Dublin, had already been placed into the 180 feet high (54 metre) spire. 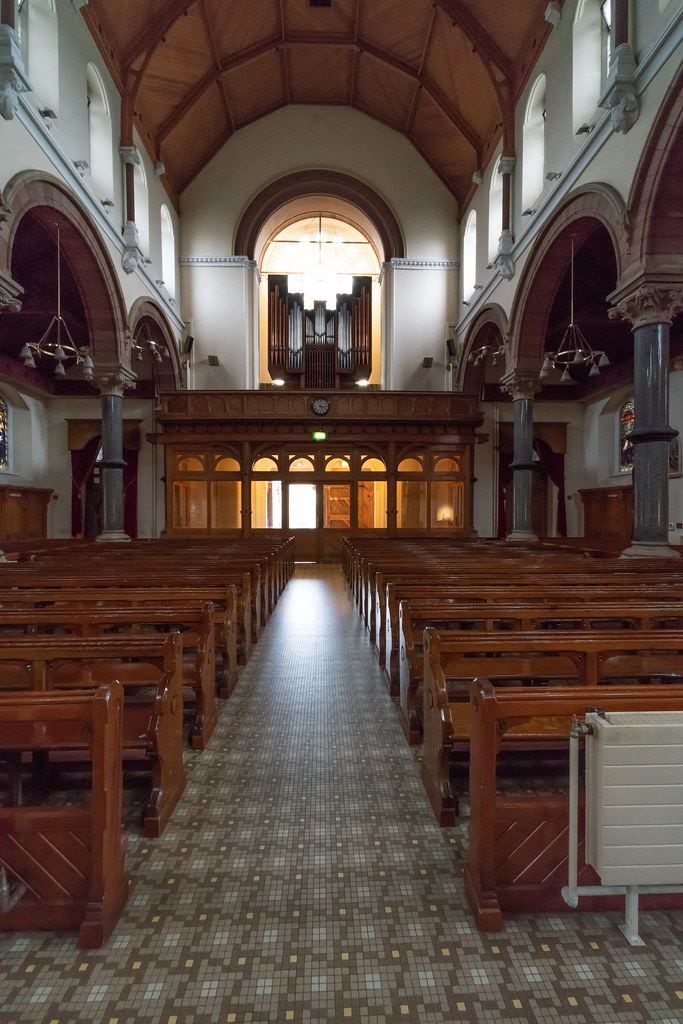 SAINT PATRICK'S CHURCH IN BELFAST 001
RELIGION IN BELFAST CITY
MORE BUILDINGS AND BRIDGES IN BELFAST
MARCH 2022 VISIT TO BELFAST
SEPTEMBER 2021 VISIT TO BELFAST
BELFAST 2019
BELFAST 2018
BELFAST 2017
BELFAST 2016
BELFAST 2015
BELFAST 2014
BELFAST 2012
BELFAST 2011
You will find links to buy products from Amazon, Google and other partners. If you click on these links, you’ll find that the URL includes a small extra piece of text which identifies that the click came from my websites. This text is an affiliate code, and it means that I get a small percentage of the money you spend if you choose to buy that product, or, in some cases, other products from the site soon after. These affiliate links help pay the costs of producing my websites and ensure that the content is free to you.