I know little about cars but I think that this is Mini Clubman Estate that has travelled all the way from Romania to Belfast.

In 1969, under the ownership of British Leyland, the Mini was given a facelift by stylist Roy Haynes, who had previously worked for Ford. The restyled version was called the Mini Clubman, and has a squarer frontal look, using the same indicator/sidelight assembly as the Austin Maxi. The Mini Clubman was intended to replace the upmarket Riley and Wolseley versions. A new model, dubbed the 1275 GT, was slated as the replacement for the 998 cc Mini Cooper (the 1,275 cc Mini Cooper S continued alongside the 1275 GT for two years until 1971). The Clubman Estate replaced the Countryman and Traveller. The original "round-front" design remained in production alongside the Clubman and 1275 GT. 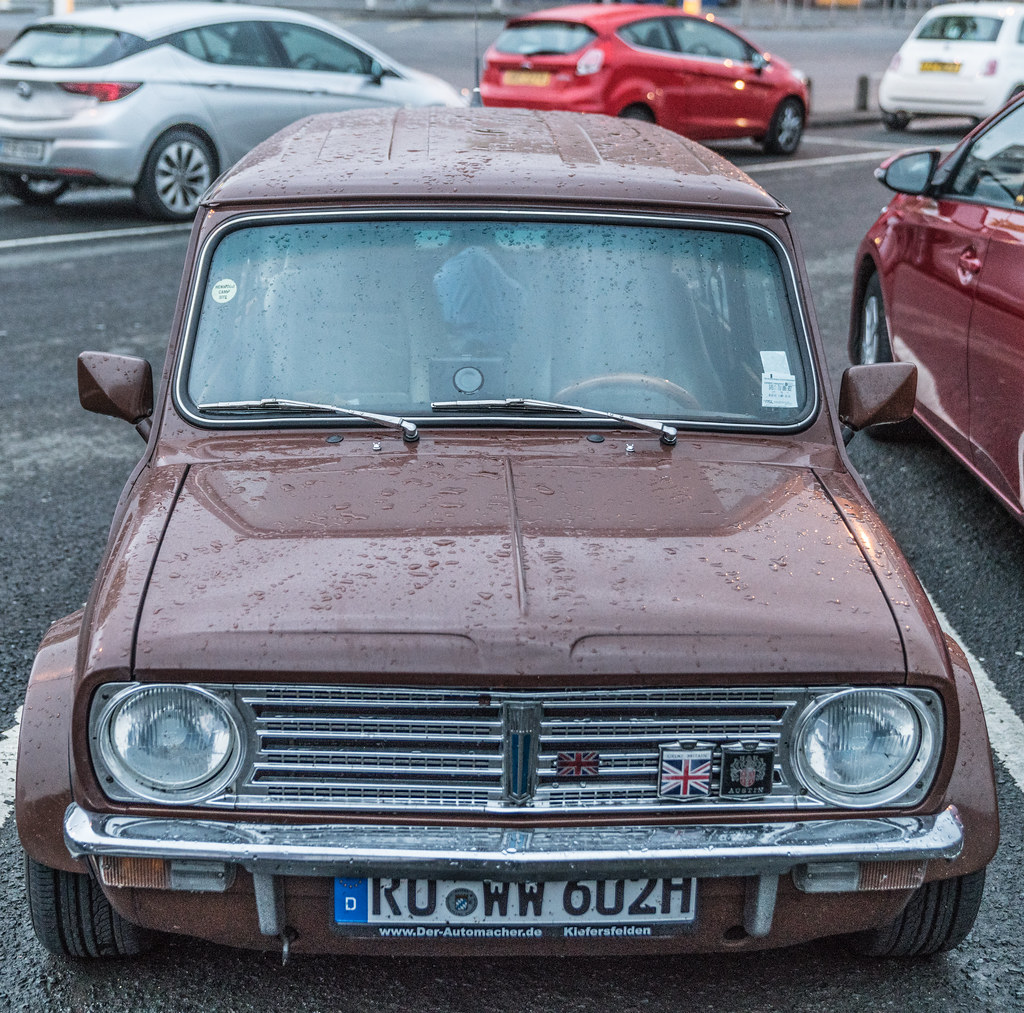 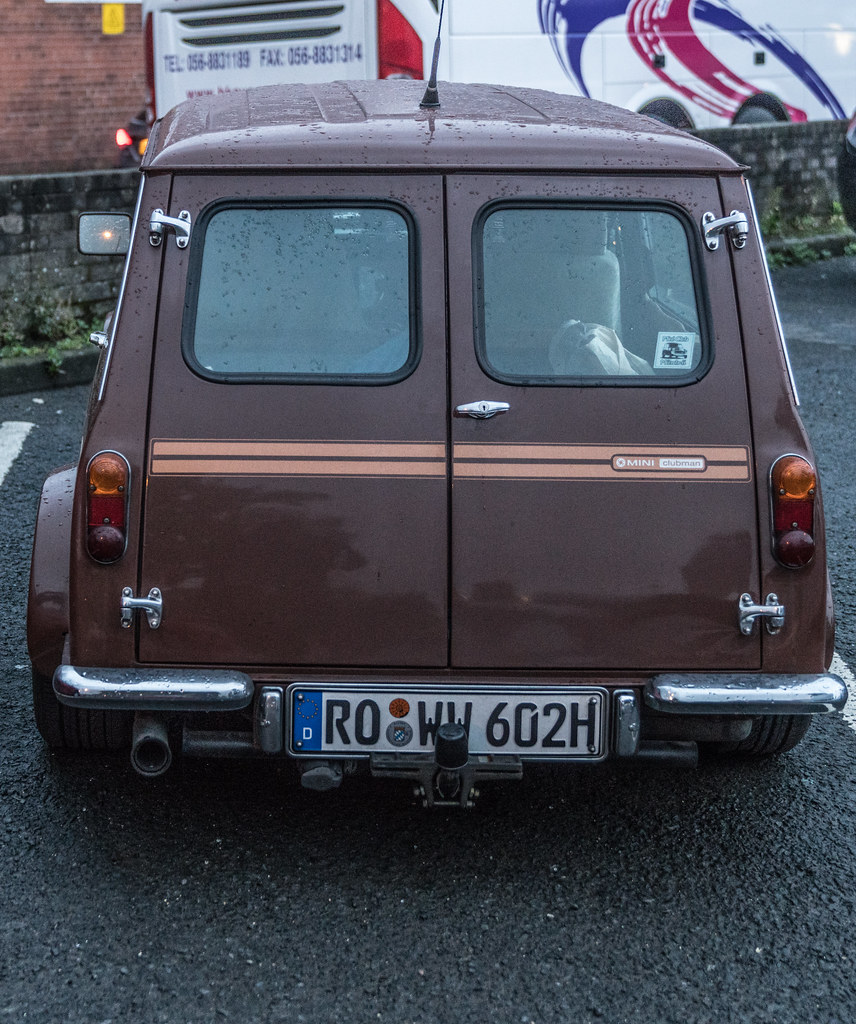 MINI CLUBMAN ESTATE 003
BELFAST 2019
BELFAST 2018
BELFAST 2017
BELFAST 2016
BELFAST 2015
BELFAST 2014
BELFAST 2012
BELFAST 2011
You will find links to buy products from Amazon, Google and other partners. If you click on these links, you’ll find that the URL includes a small extra piece of text which identifies that the click came from my websites. This text is an affiliate code, and it means that I get a small percentage of the money you spend if you choose to buy that product, or, in some cases, other products from the site soon after. These affiliate links help pay the costs of producing my websites and ensure that the content is free to you.