THE FAMOUS SAMSON AND GOLIATH CRANES MANUFACTURED BY KRUPP OF GERMANY

SAMSON AND GOLIATH CRANES 2019 MANUFACTURED BY KRUPP OF GERMANY

I must admit that I had believed that the cranes were from the victorian era so I was a bit surprised when I first saw them and discovered that they actually dated from 1969 and 1974.

Samson and Goliath are the twin shipbuilding gantry cranes situated at Queen's Island, Belfast. The cranes, which were named after the Biblical figures Samson and Goliath, dominate the Belfast skyline and are landmark structures of the city. Comparative newcomers to the city, the cranes rapidly came to symbolise Belfast in a way that no building or monument had hitherto done.

The cranes are situated in the shipyard of Harland & Wolff and were constructed by the German engineering firm Krupp, with Goliath being completed in 1969 and Samson, in 1974. Goliath stands 96 metres (315 ft) tall, while Samson is taller at 106 metres (348 ft). Goliath, the smaller of the two sits slightly further inland closer to Belfast City. At the time Harland & Wolff was one of the largest shipbuilders in the world. The announcement that they were to be built was an important event at the time. Contrary to popular belief, the cranes did not host the RMS Titanic as they were built much later. 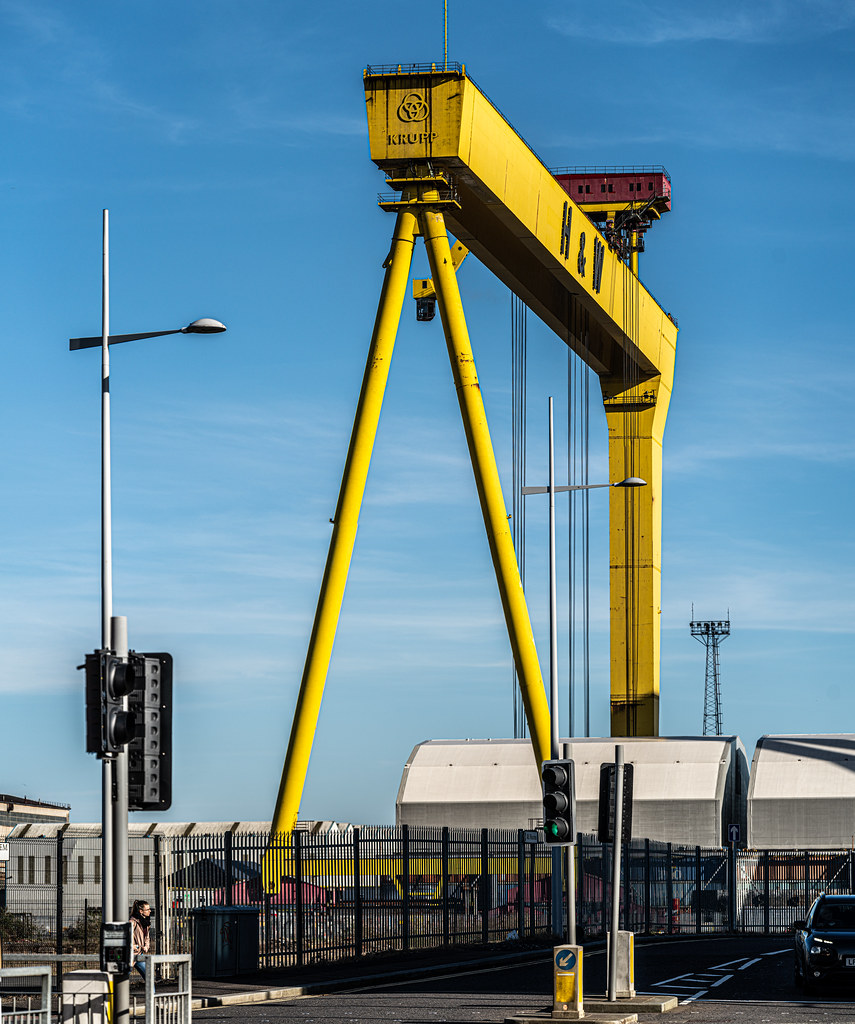 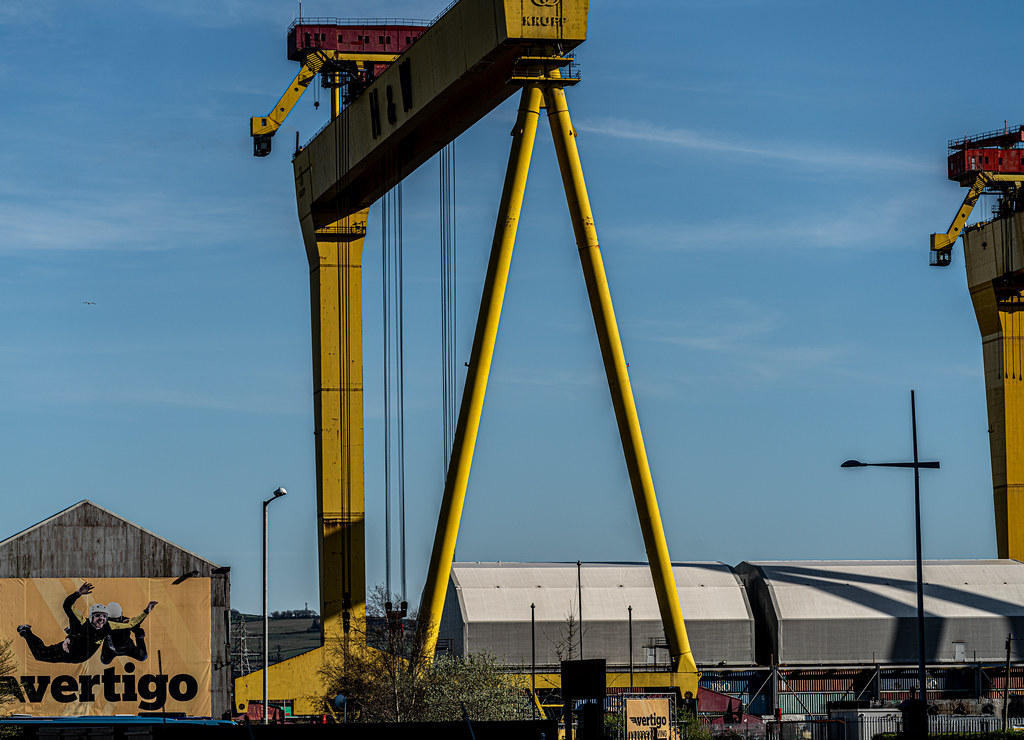 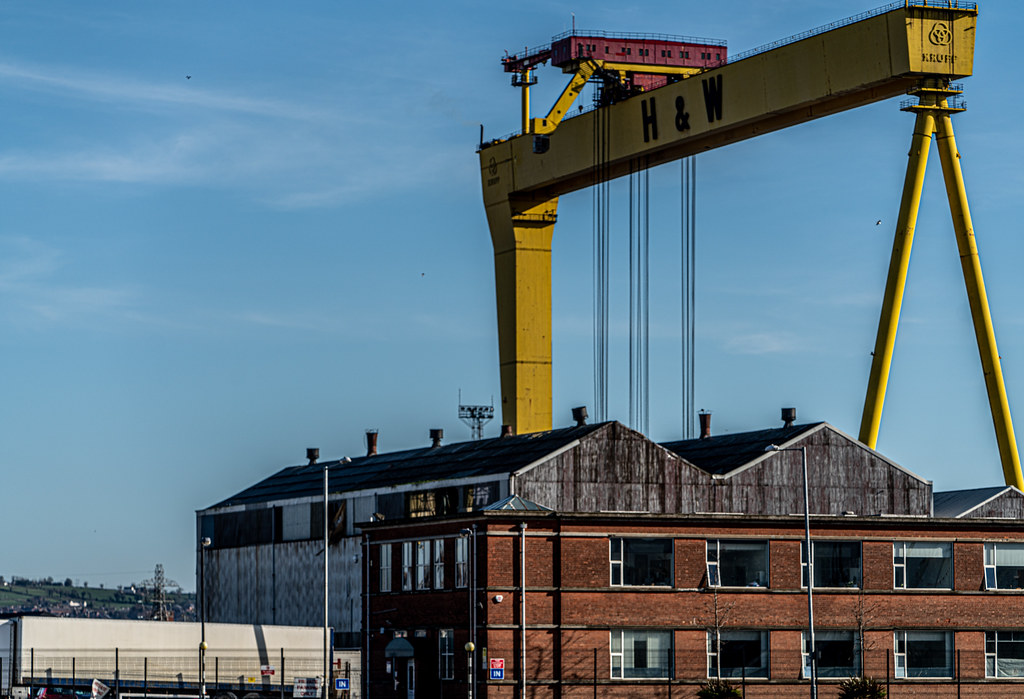 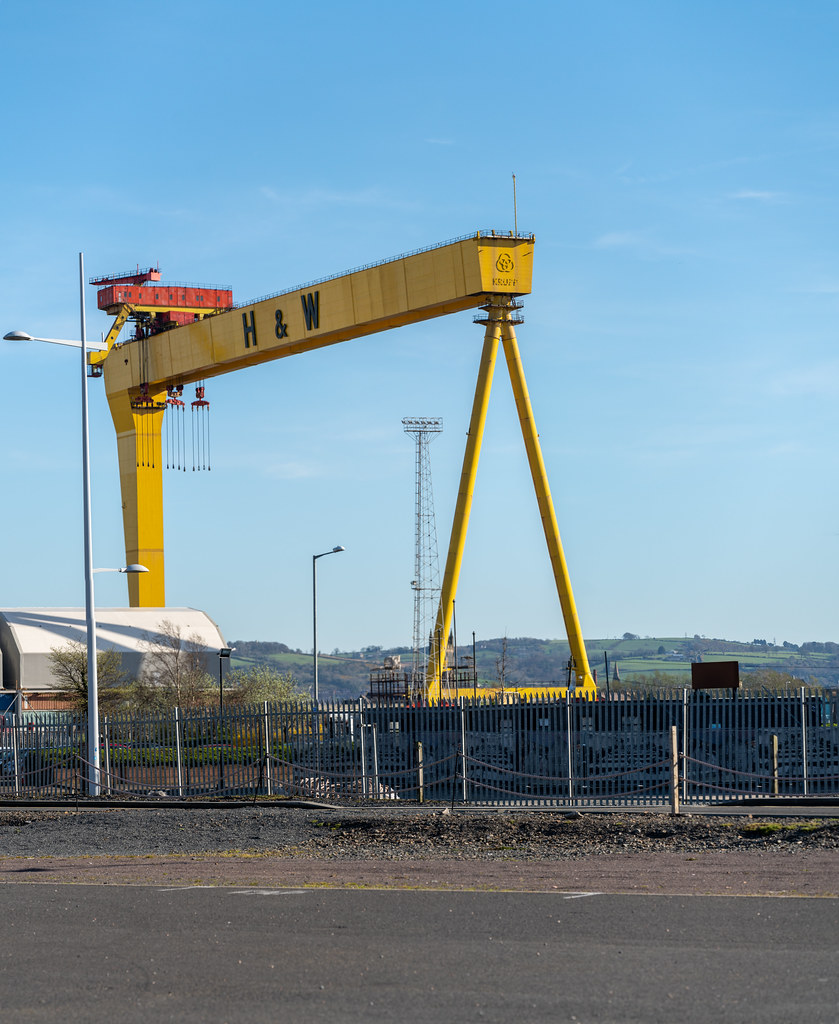 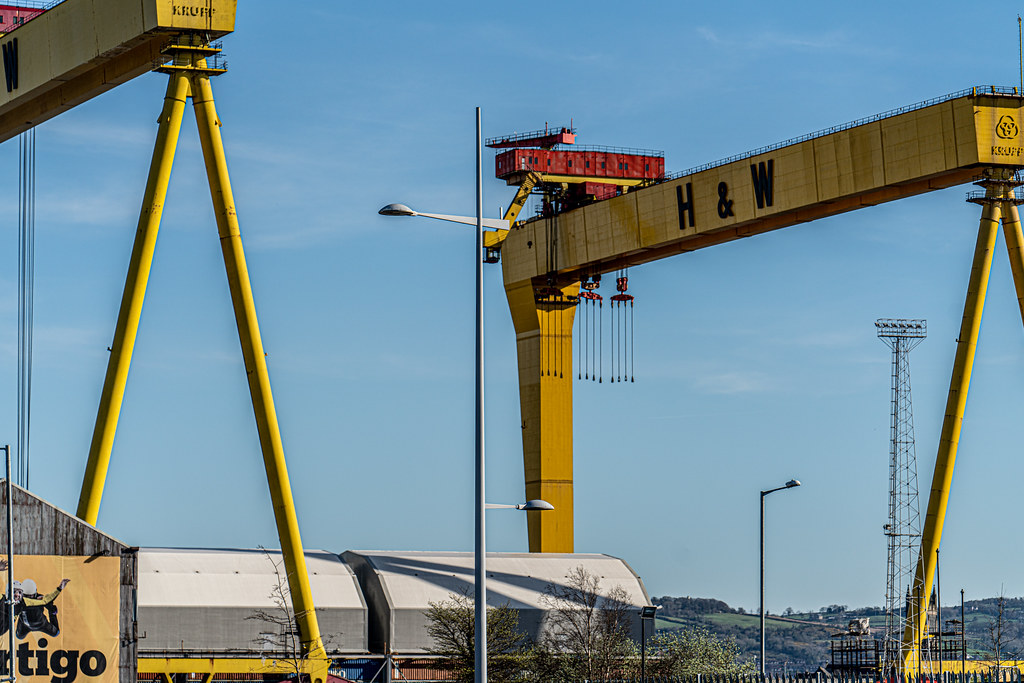 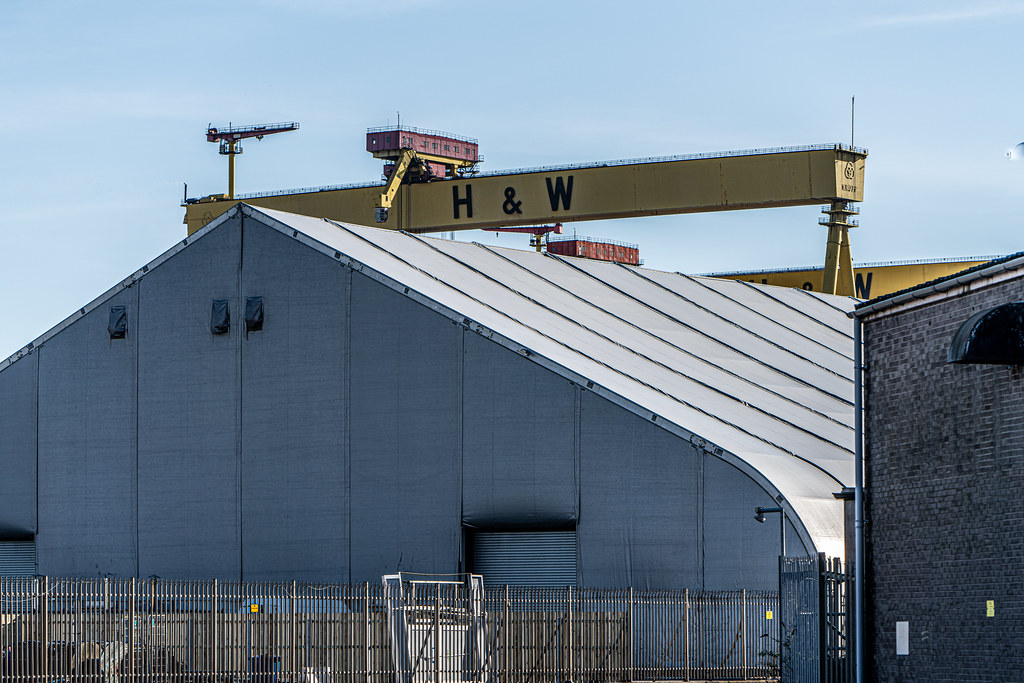 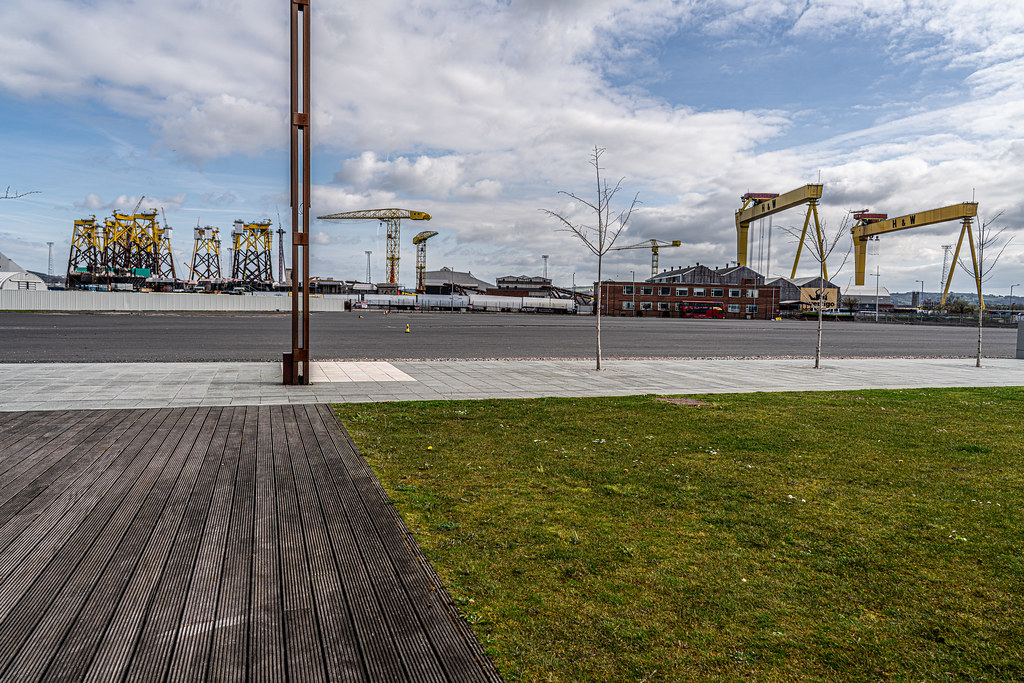 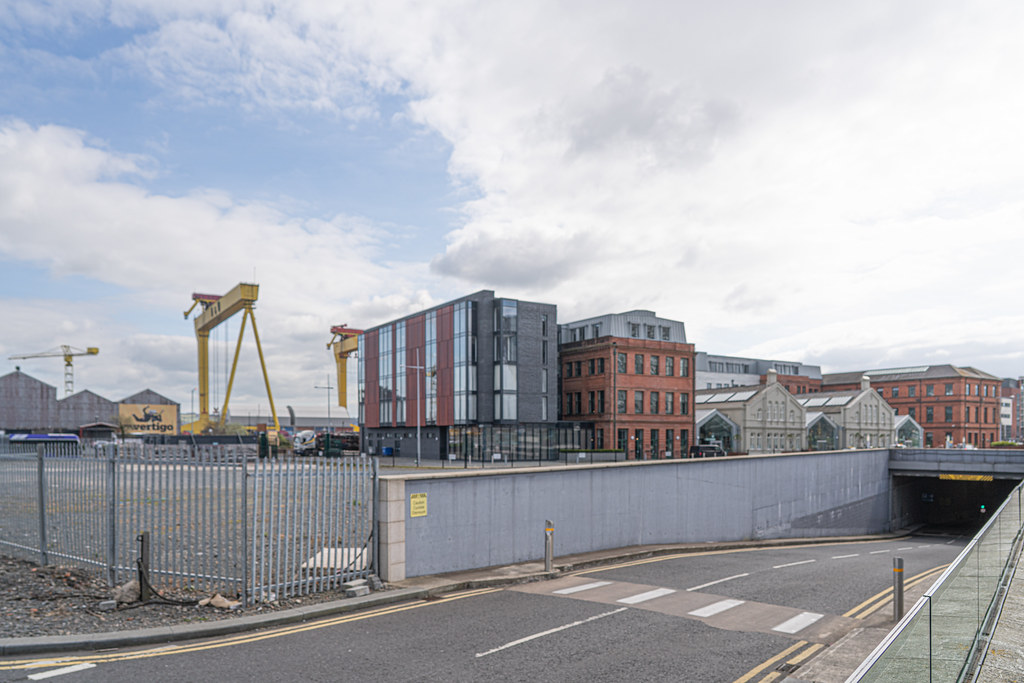 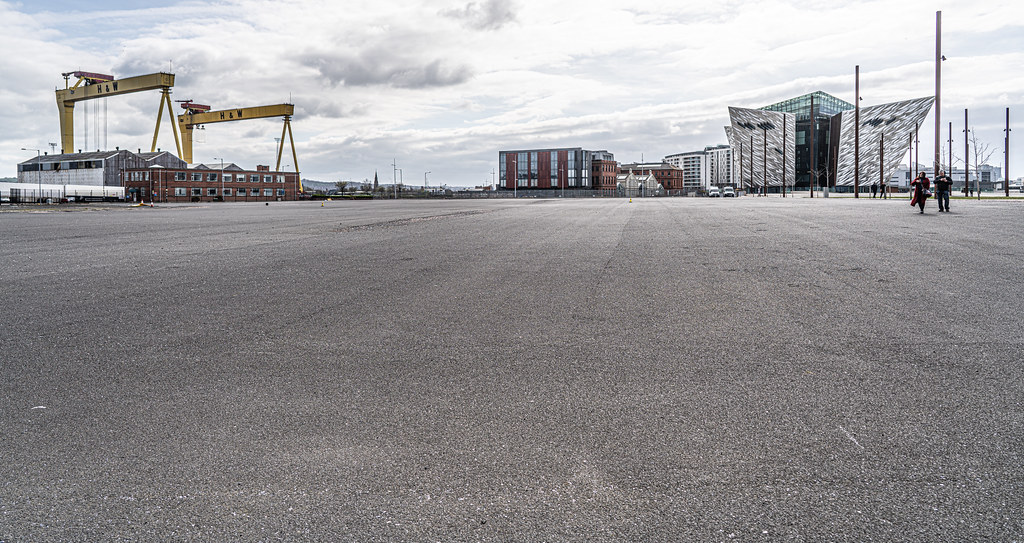