BALLSBRIDGE AREA OF DUBLIN YOU ARE INVITED TO EXPLORE

The bridge itself forms the heart of the Ballsbridge suburb which extends northwards towards the Grand Canal along Northumberland Road up to Haddington Road and Shelbourne Road, southwards along the Merrion Road towards Merrion and along Anglesea Road towards Donnybrook, and westwards to encompass the area around Pembroke Road, Clyde Road, Elgin Road and Herbert Park.

Herbert Park, a public park, is thirty-two acres in size and is divided by a road, also called Herbert Park, and forms part of Ballsbridge's nebulous border with Donnybrook.

The Royal Dublin Society (RDS) has its grounds here, and the Lansdowne Road headquarters of the Irish Rugby Football Union (IRFU) is on the boundary between Ballsbridge and Irishtown. The corporate headquarters of Allied Irish Banks (AIB) are also located in Ballsbridge. It should be noted that Facebook has decided to redevelop the AIB Bank Centre as a company campus which will be home to about 5,000 of their staff.

The U.S. embassy, an iconic cylindrical building, is a major landmark in present-day Ballsbridge. It was designed in 1955 by John M. Johansen, Professor of Architecture at Yale University. The project was 9 years in incubation and the building was inaugurated in 1964. 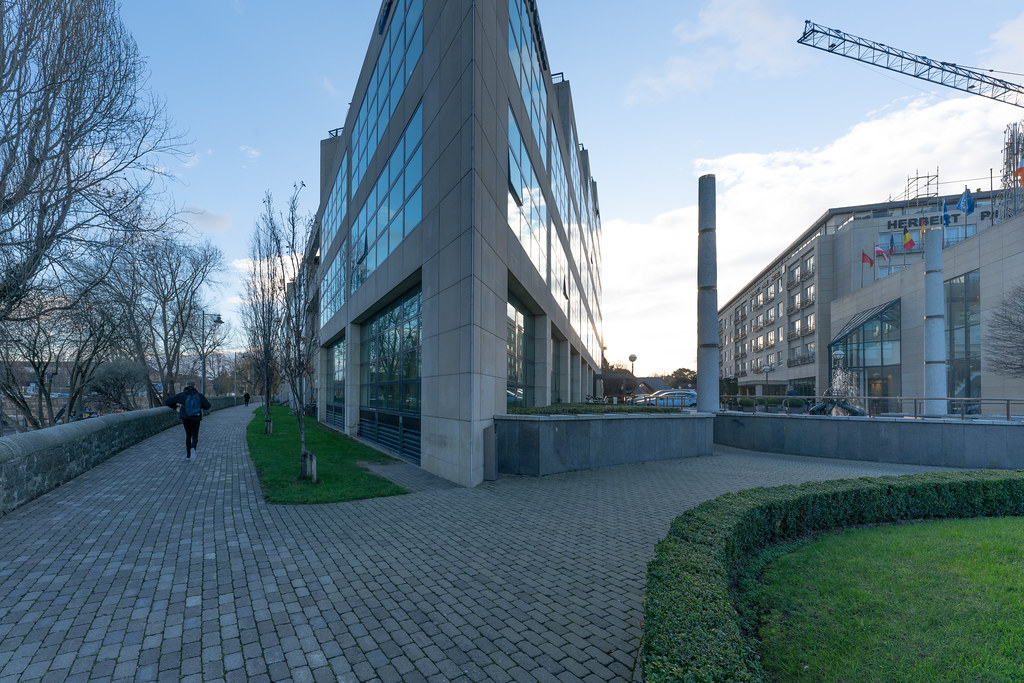 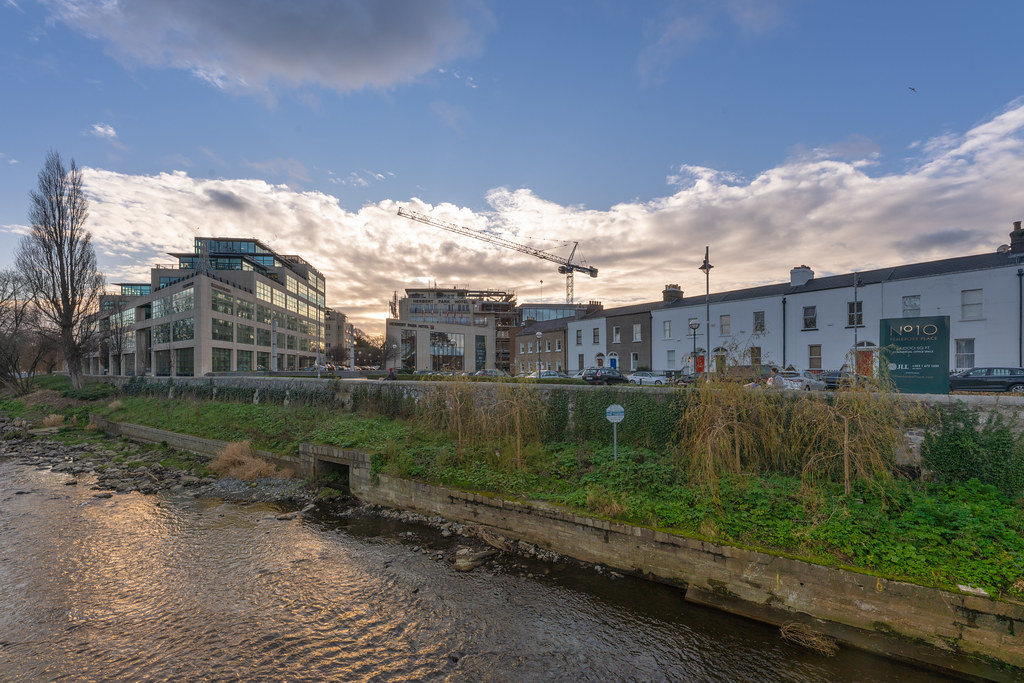 THE RIVER DODDER IN BALLSBRIDGE 002 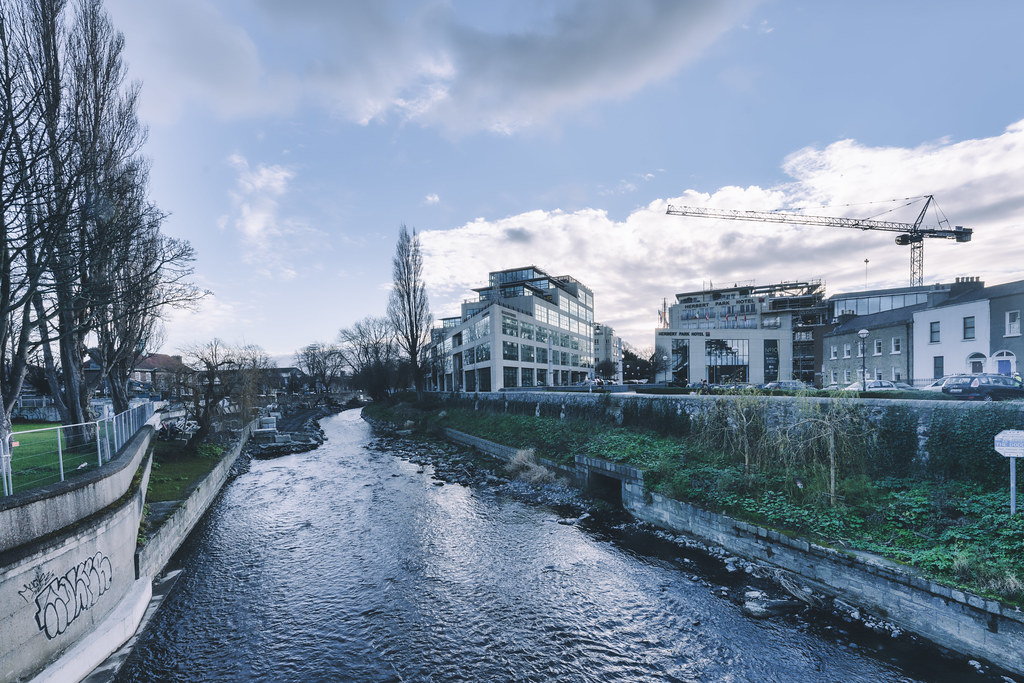