I have frequently mentioned that I have lived on what is effectively a building site for many years but I also live on a film set. Mannix Flynn has described Henrietta Street as "almost now an extension of a Film studios". In October 2012 he put in a question to the City Manager in relation to a statue by James Gandon that had been knocked over by a Film Unit truck in Kings Inn Park. The statue, known as Truth (or ‘Henrietta’ locally) was left in the car park for over a year without protection except a bit of sacking.

According to Mannix Flynn "After the shelling of the Four Courts there was not a scratch on this sculpture. It was removed to the Kings Inns for safe keeping and good custody where it was more or less destroyed by recklessness and lack of due care. Not only from the driver of the truck (who reversed into her) but from all of those who are charged with its safe keeping. If those who are charged with the protection of our heritage fail at this level, God only knows what the future holds."

The official response to the Mannix Flynn complaint was as follows: "The statue 'Truth' commonly known as Henrietta, was accidentally knocked off her pedestal in April 2012 by a film truck. Immediately advice was sought from the Society’s Architect, stone and monumental sculpture conservators and from two well respected Architectural Historians (one gave advice on the author of the sculpture (believed not to be any person of significance)), the second gave advice on reinstatement, location, and possible alternative solutions. All the fragments of Henrietta, including her head have been removed to a safe storage place in King’s Inns. The three main pieces have been moved to temporary safety and will be stored in a properly protected storage area within the King’s Inns building as soon as the budget will allow for the hire of a crane. To date, King’s Inns (a private unincorporated association of members) has incurred all the costs involved in the professional advices received. King’s Inns has a working party in place to oversee the replacement / reinstatement of the statue as soon as is feasible. Following the accident (involving a film truck), the King’s Inns Health and Safety Adviser was asked to work on a plan for the occasional use of the grounds by delivery trucks, by film trucks (mainly static once they park in an assigned place) and other vehicular traffic. Advices are awaited. The cost of this advice will be borne in its entirety by King’s Inns." 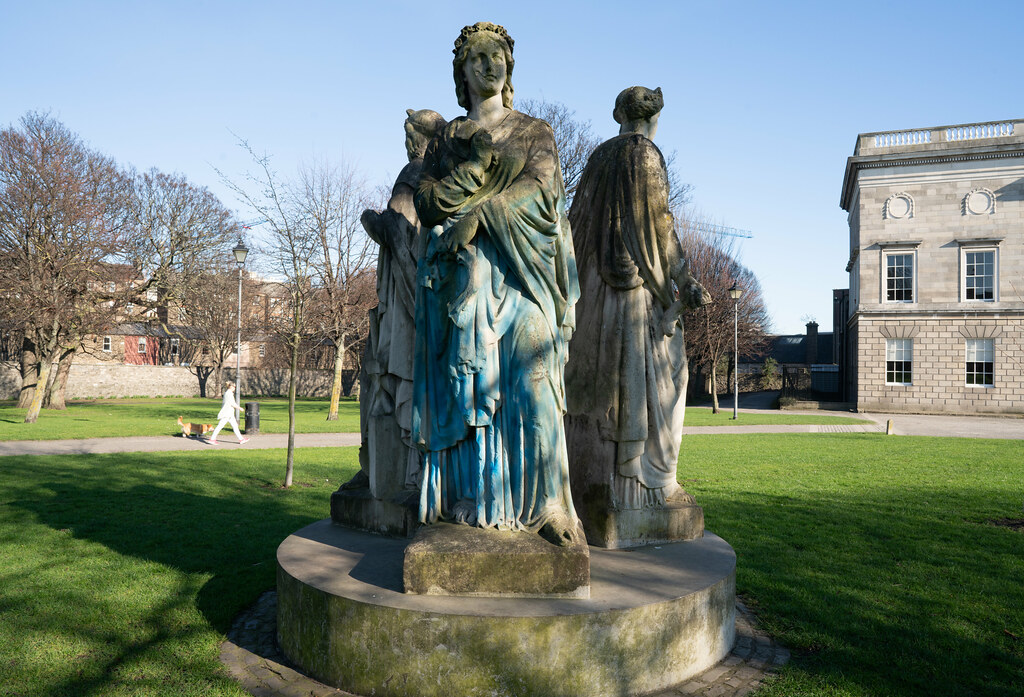