I live at Henrietta Place [or Bolton Street if I use the front door] and I frequently visit the Grangegorman college campus which is physically very close to my apartment but it a long walk to get there [about 20-30 minutes rather than about six or seven]. Recently a new pedestrian-cycle path was opened but I did not get the opportunity to use it until early January 2019.

Some locals that I spoke to told me that access to the route will from 9am to 4pm [does not agree with notice at entrance] and one person, who was more than annoyed, told me that this limited access does not comply with planning permission requirements.

Broadstone was known in earlier times as Glasmanogue. The name is descriptive of a ford crossing place over the Bradogue, a Liffey tributary stream the mouth of which is located there. The Bradogue rises in Cabra to the north-west and runs to the Liffey at Ormond Quay. It has long been culverted and now runs wholly underground.

Broadstone Station, a former railway terminus, is located opposite the Kings Inns at Constitution Hill.

Broadstone is home to a number of landmarks such as the Black Church (St. Mary's Chapel of Ease), King's Inns, Broadstone Station, the Blessington Street Basin, Berkeley Road Church (St. Joseph), and Royal Canal Bank. Much of the area was originally part of the Grangegorman estate, the demesne, manor house and grounds of the Monck Minogue Stanley family.

The area consists of streets of small and mid-sized red-brick houses built after the development of the G.W.R. a century after the building of early Georgian Dublin in neighbouring Mountjoy prior to the Act of Union 1801. One notable aspect of Georgian architecture retained in these modest homes was the ornate doorways with half-circle fanlights.

Broadstone does not have a village centre or main street. The Railway Terminus was the focal point of the neighbourhood and Broadstone's importance was derived came from its location as one of Dublin's then six railway termini. 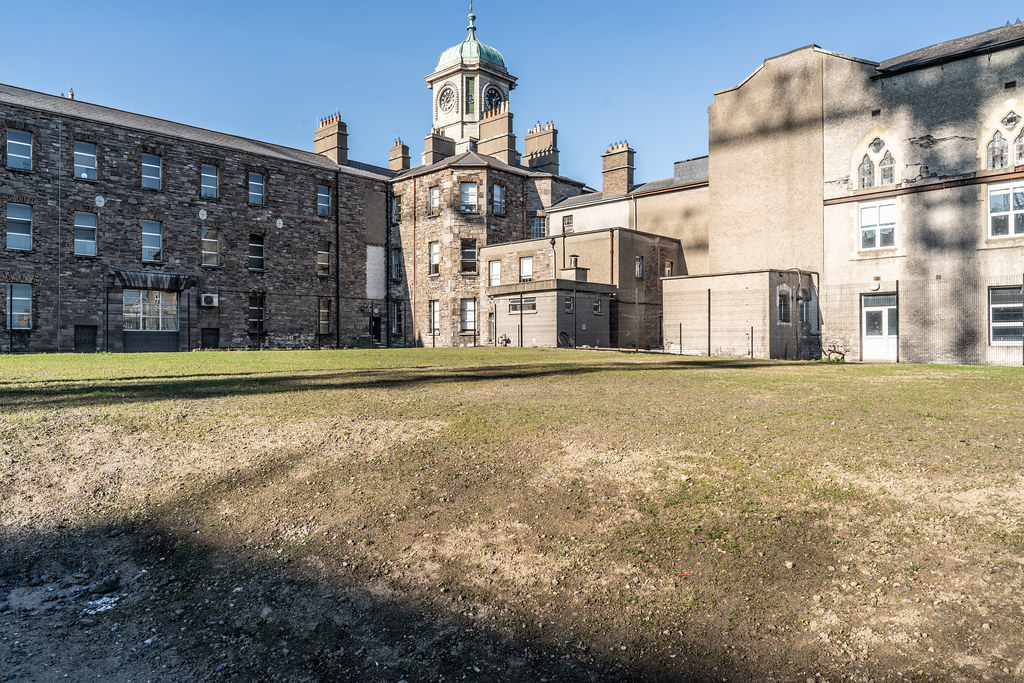 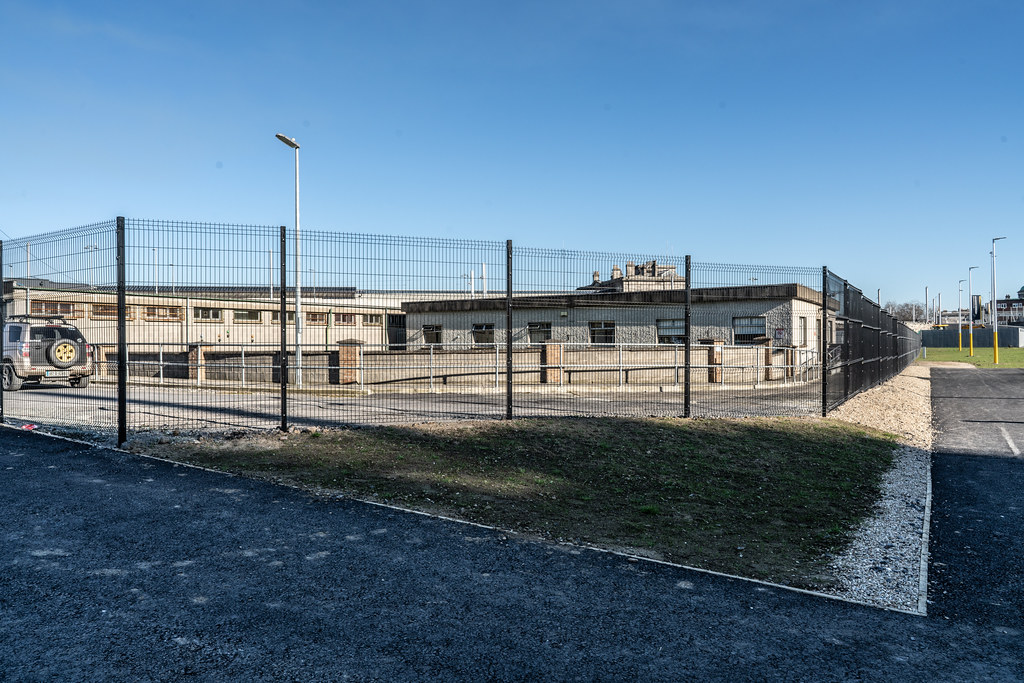 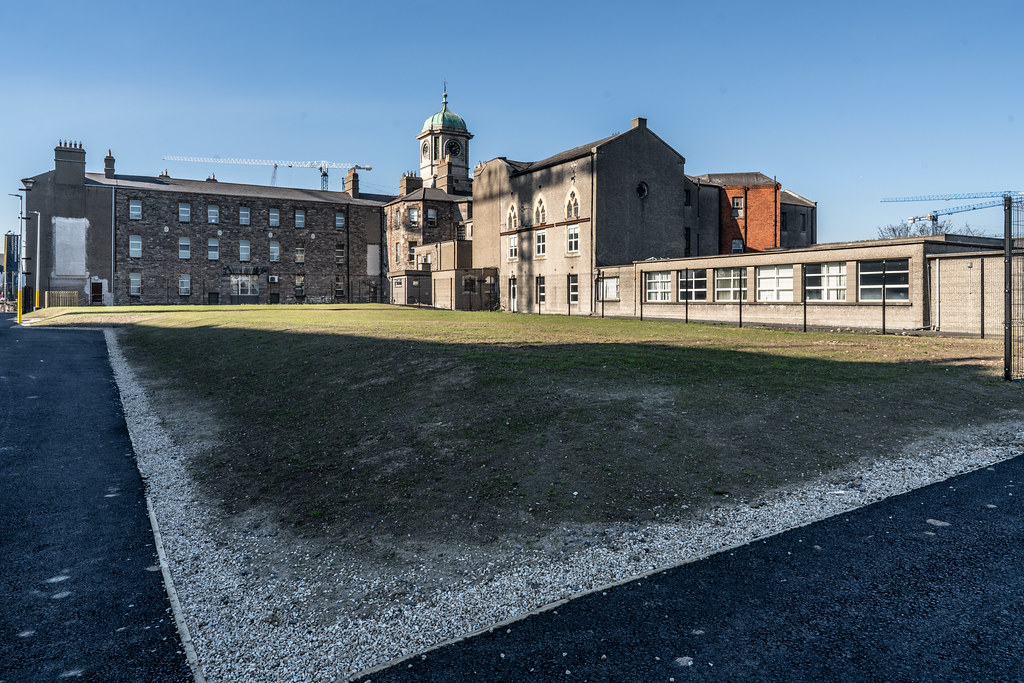 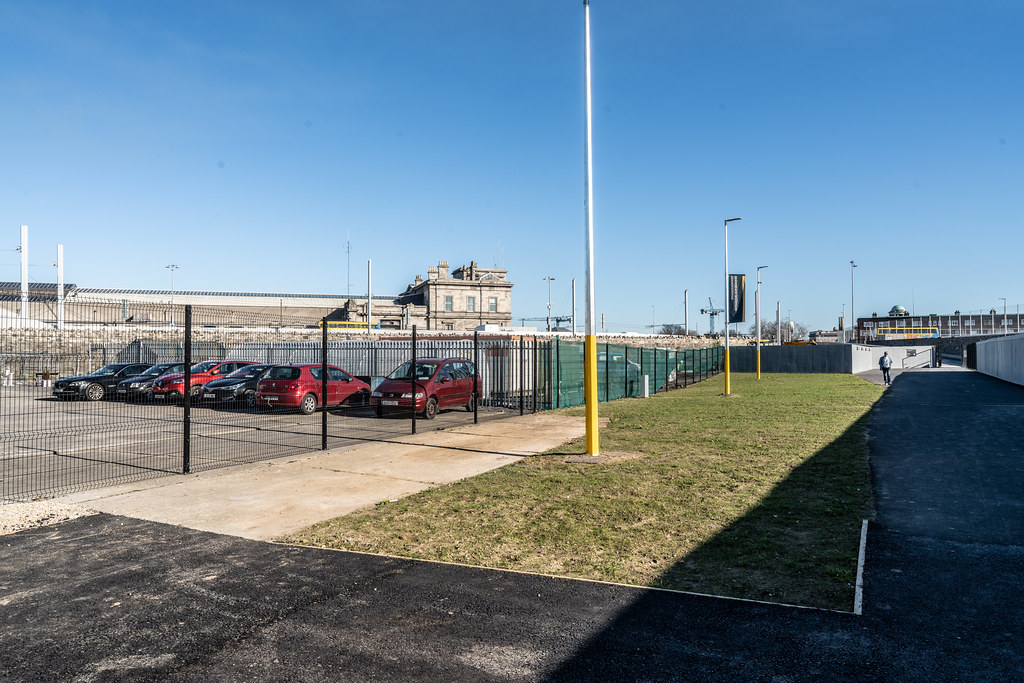 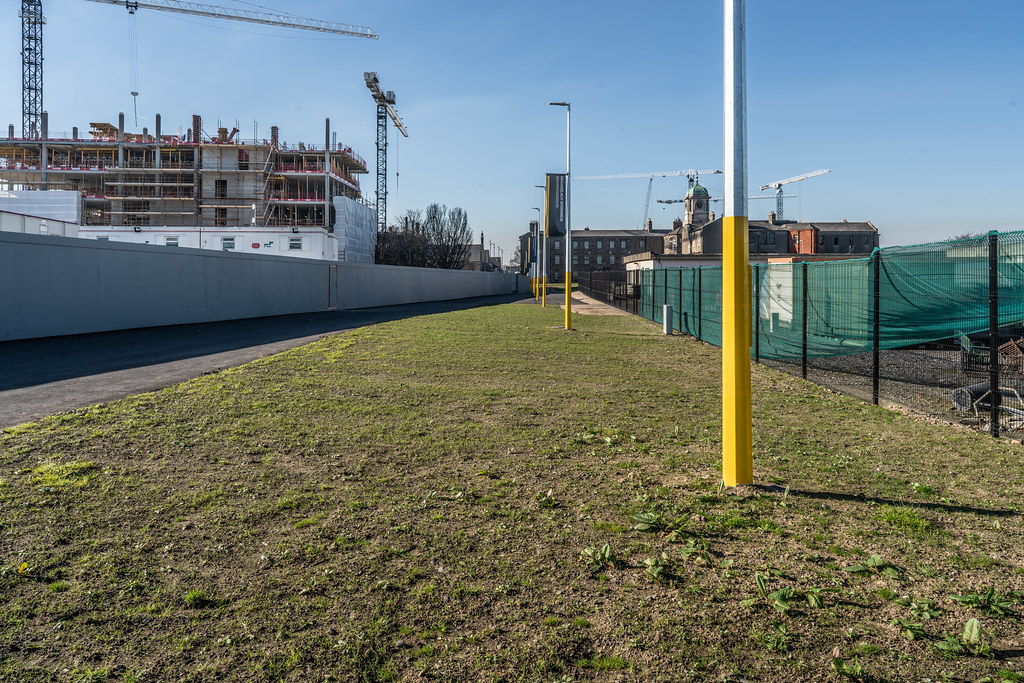 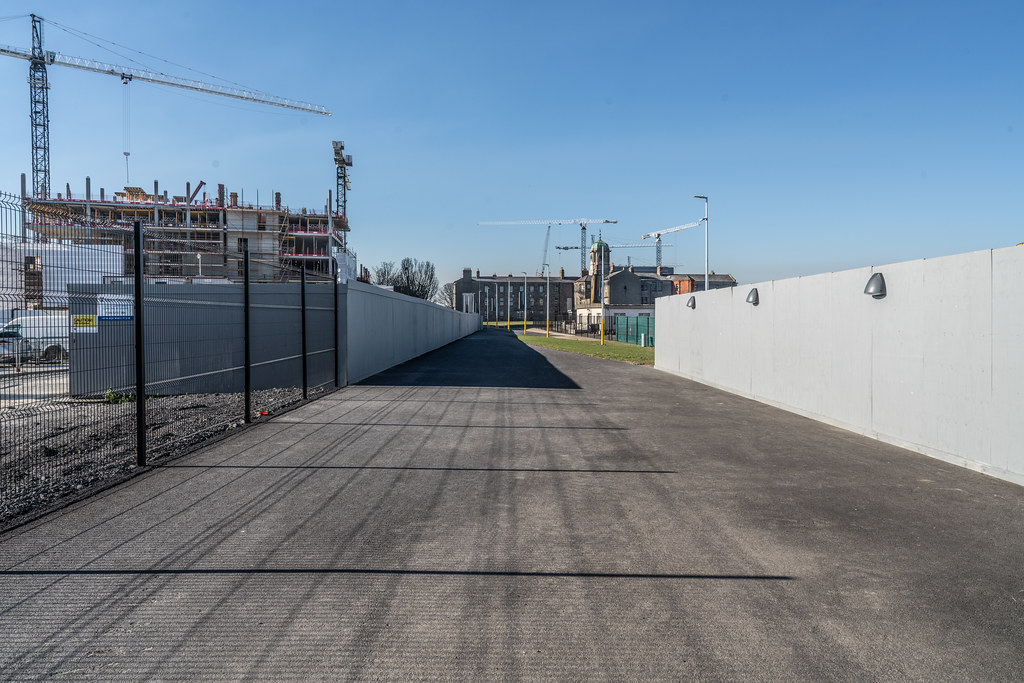 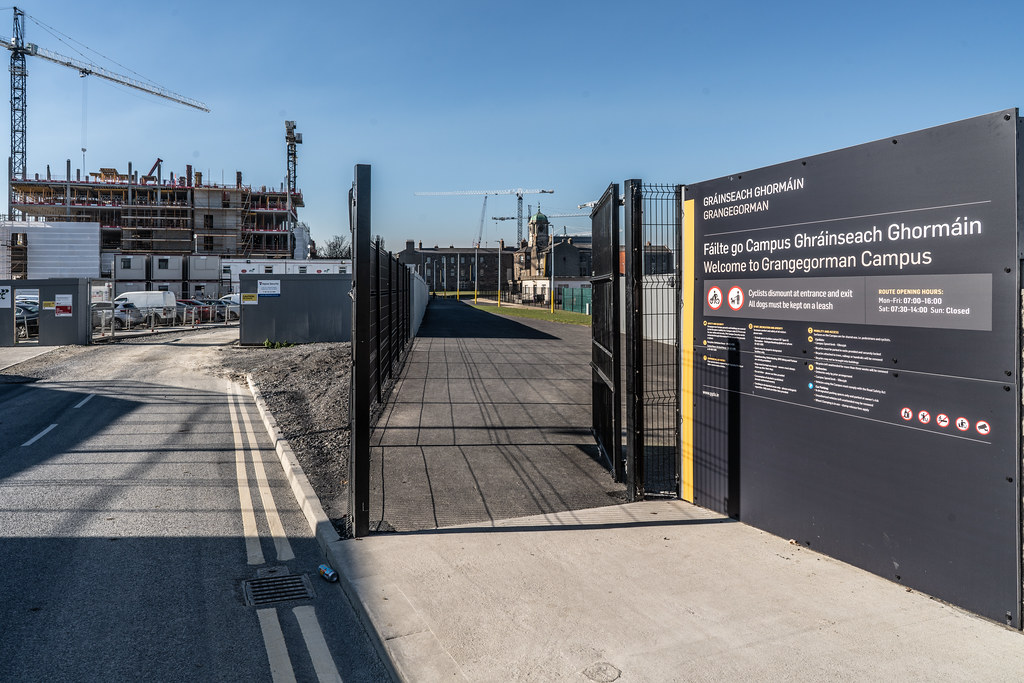 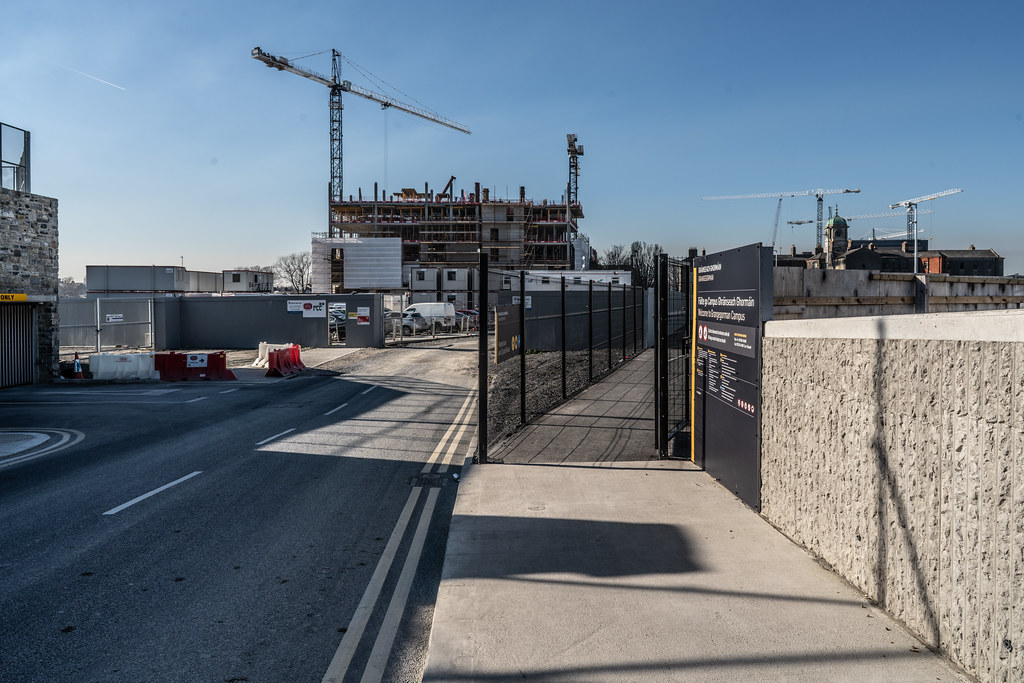 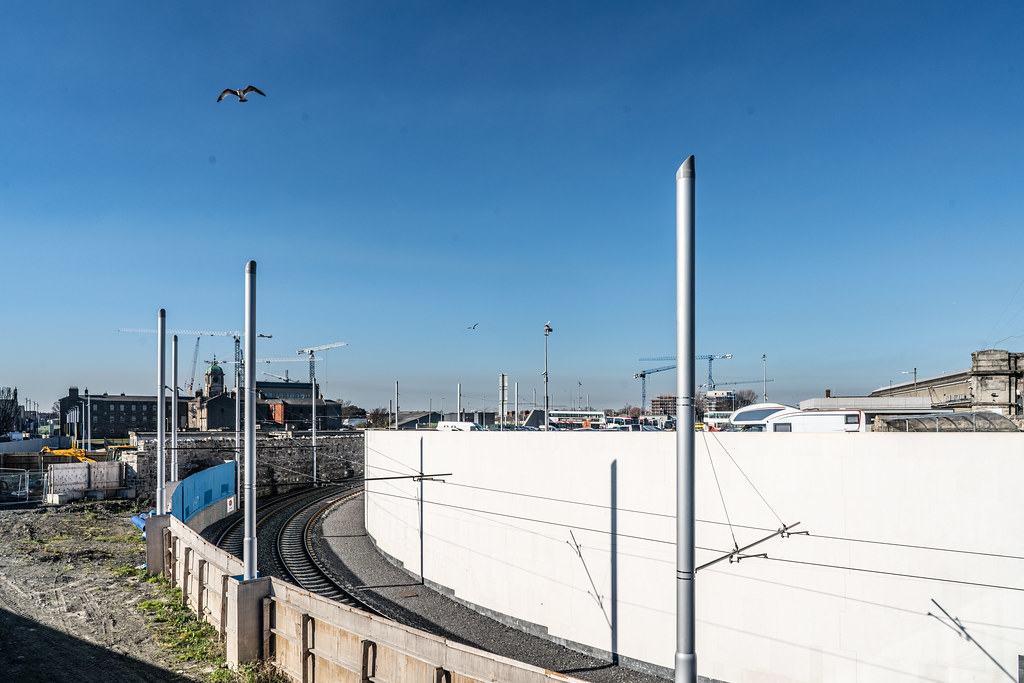 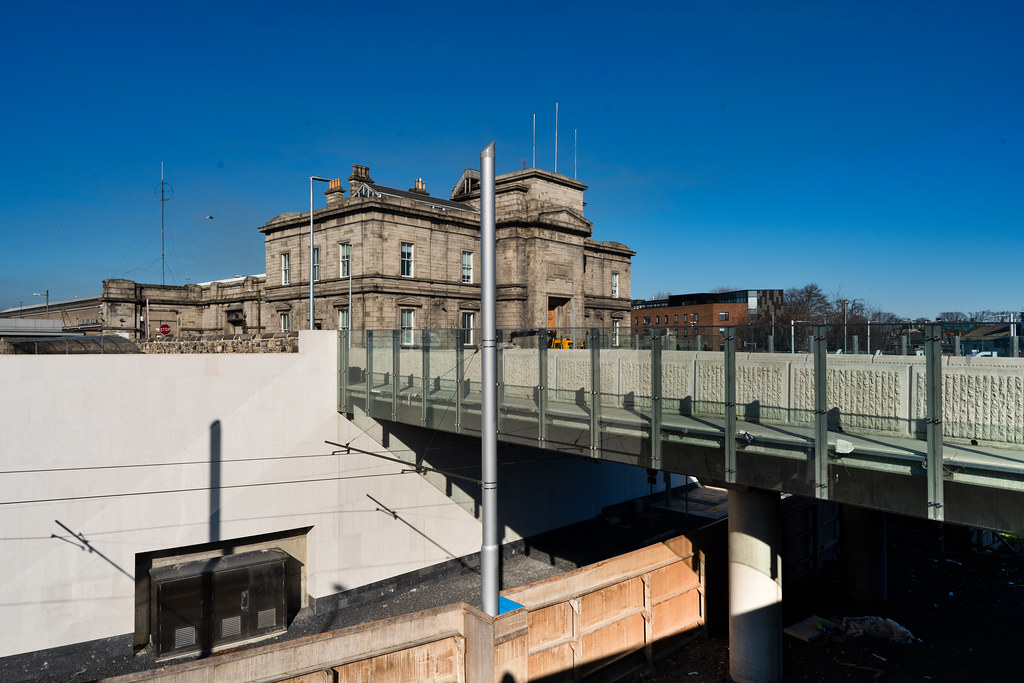 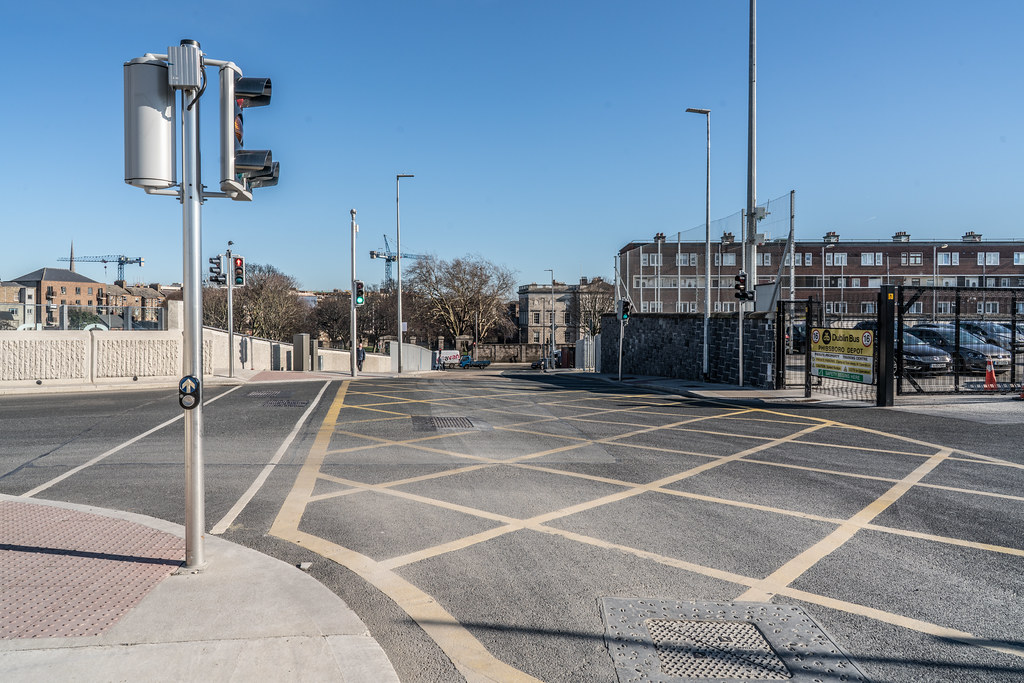 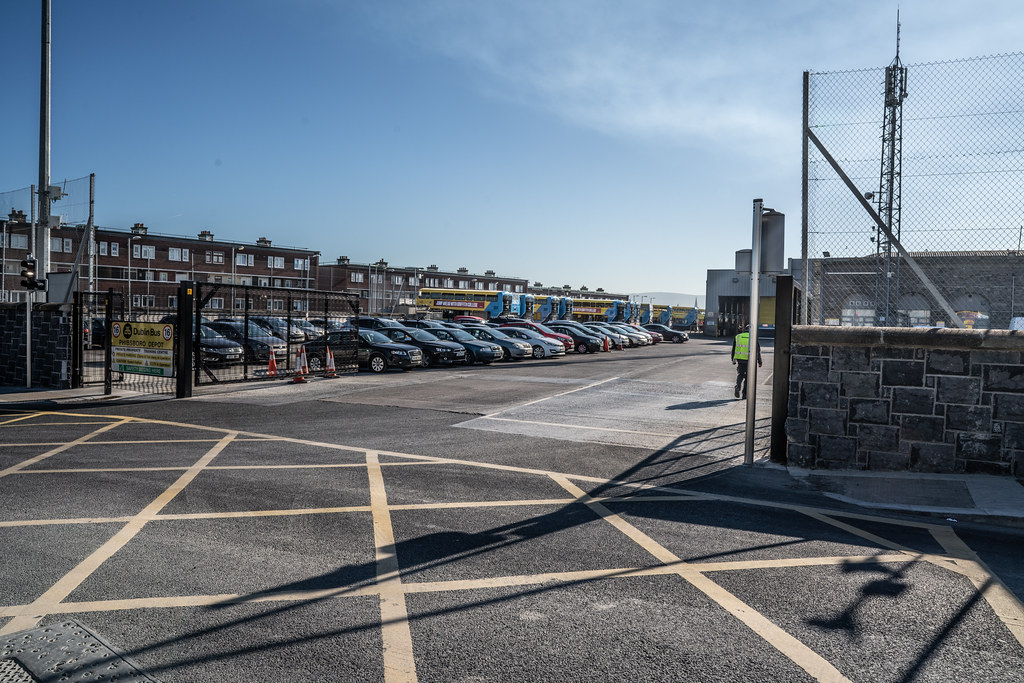 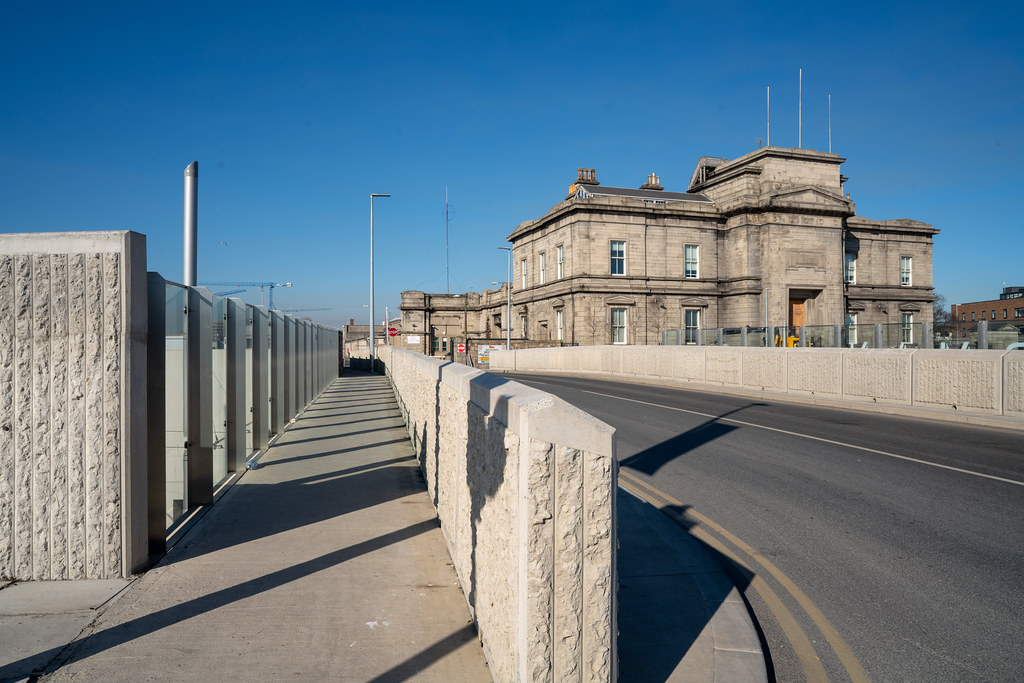 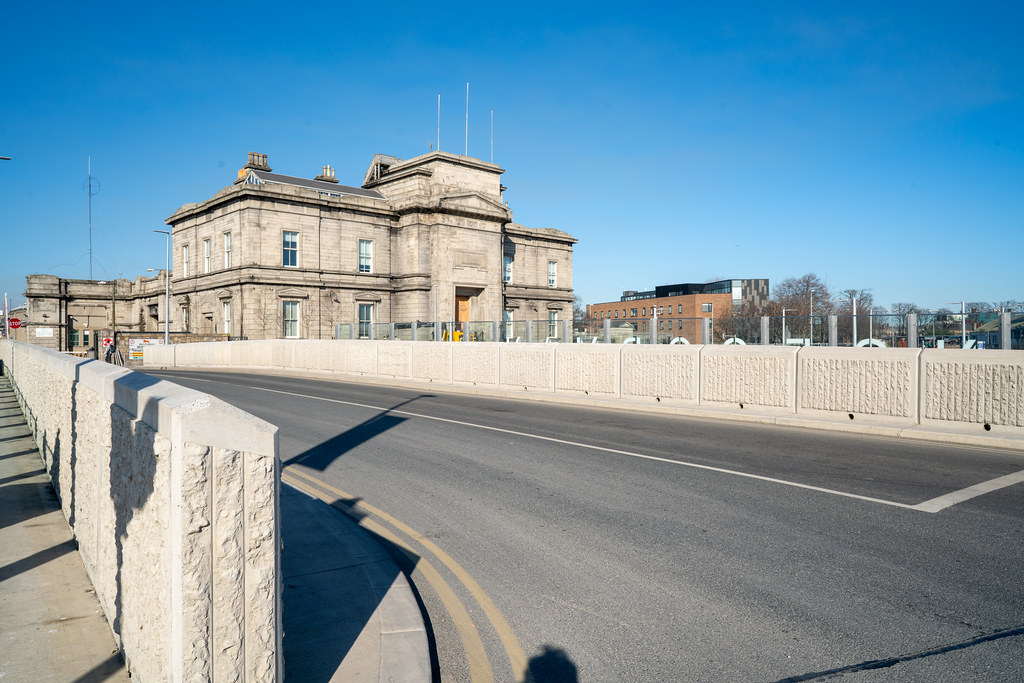 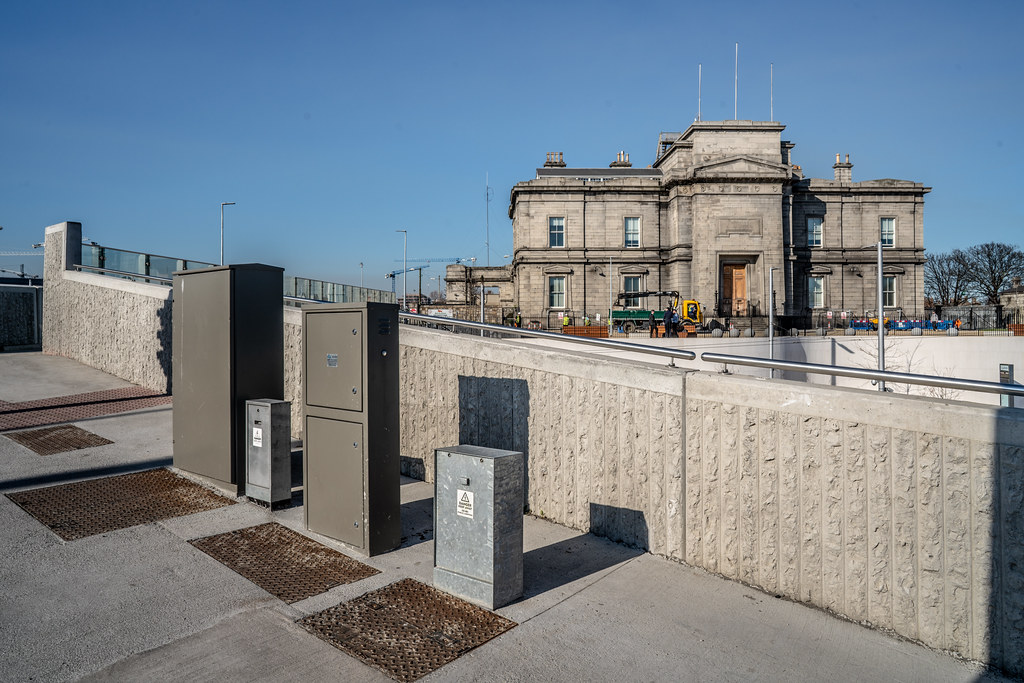 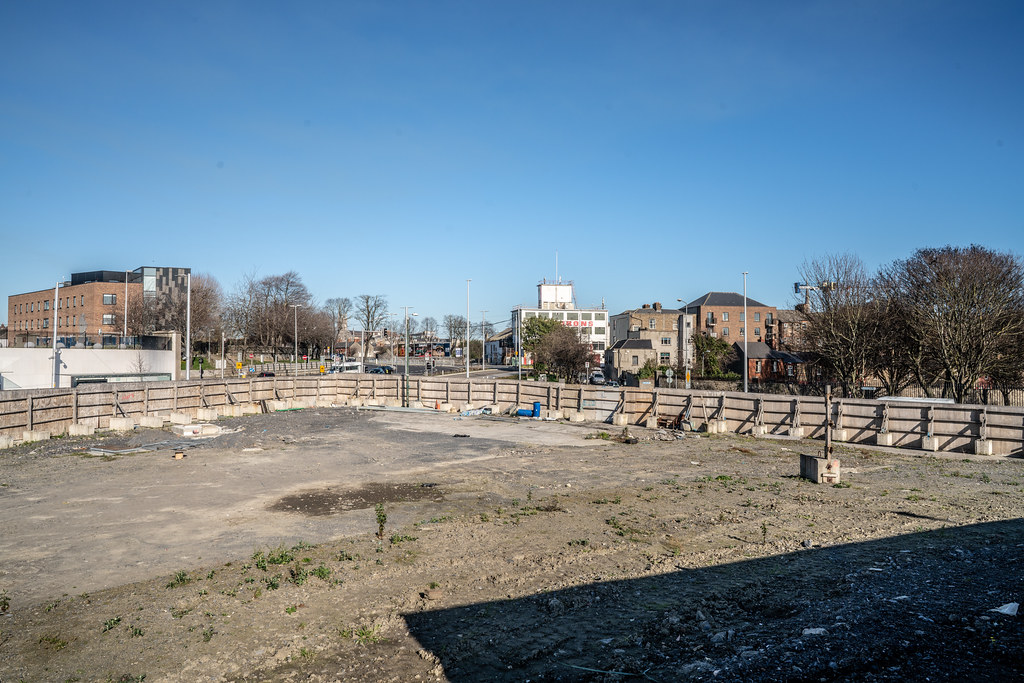 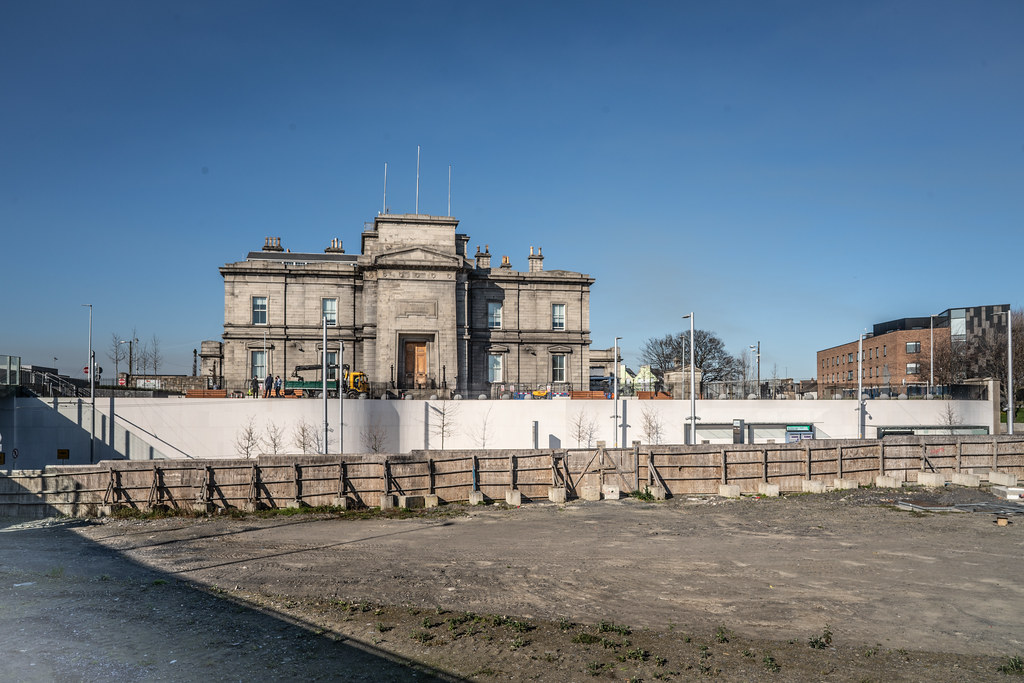 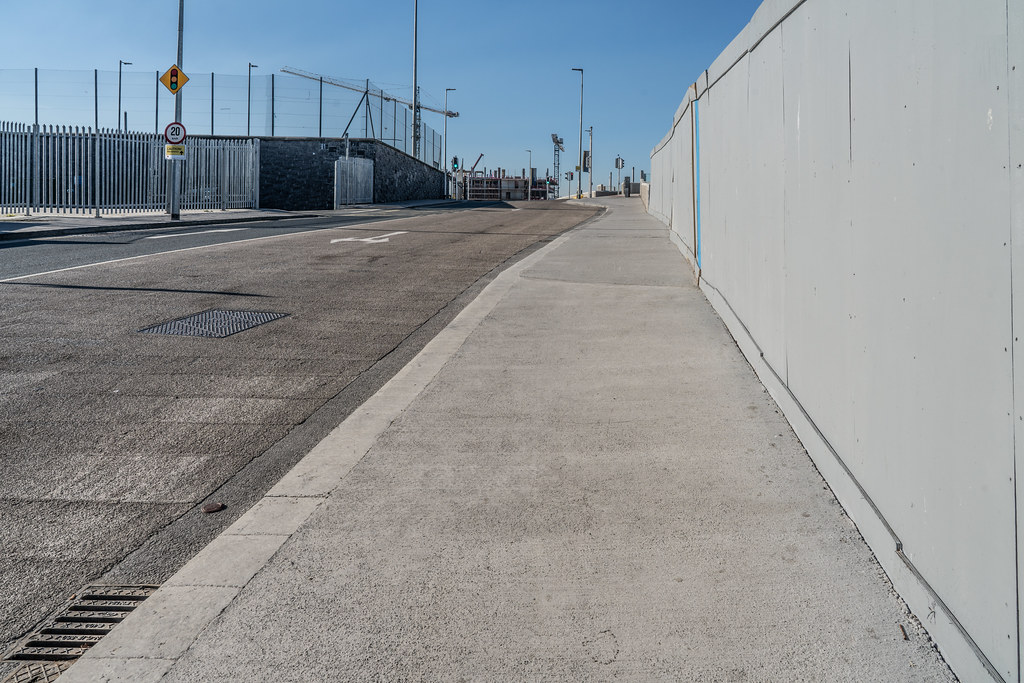 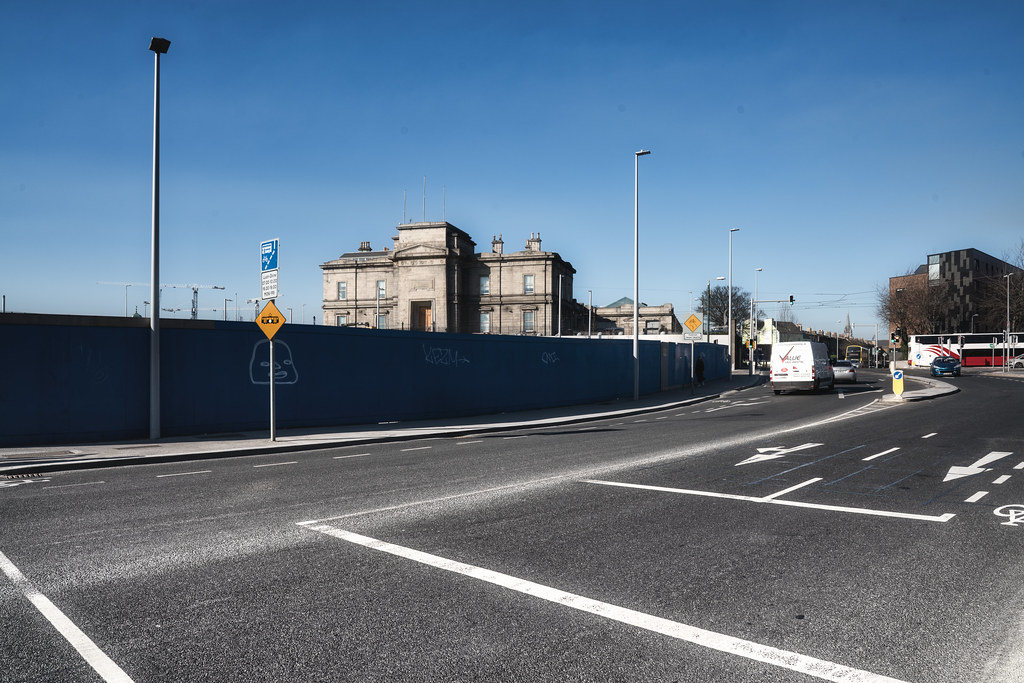