Developed by Lord Iveagh under the St. Patrick's Park Act of 1897, work was completed by July 1904 to a layout by Arthur Dudgeon C.E., dated 17th July 1901. Lord Iveagh continued to maintain the park for a number of years under a joint arrangement with the Corporation who eventually took full responsibility in the 1920's.

The park provides an ideal setting for the cathedral and recent additions in 1988 include a Literary Parade highlighting the works of Swift, Mangan, Wilde, Shaw, Yeats, Synge, O'Casey, Joyce, Behan, Beckett, Clarke, Dillon and the Liberty Bell Sculpture. There is also a children's playground. 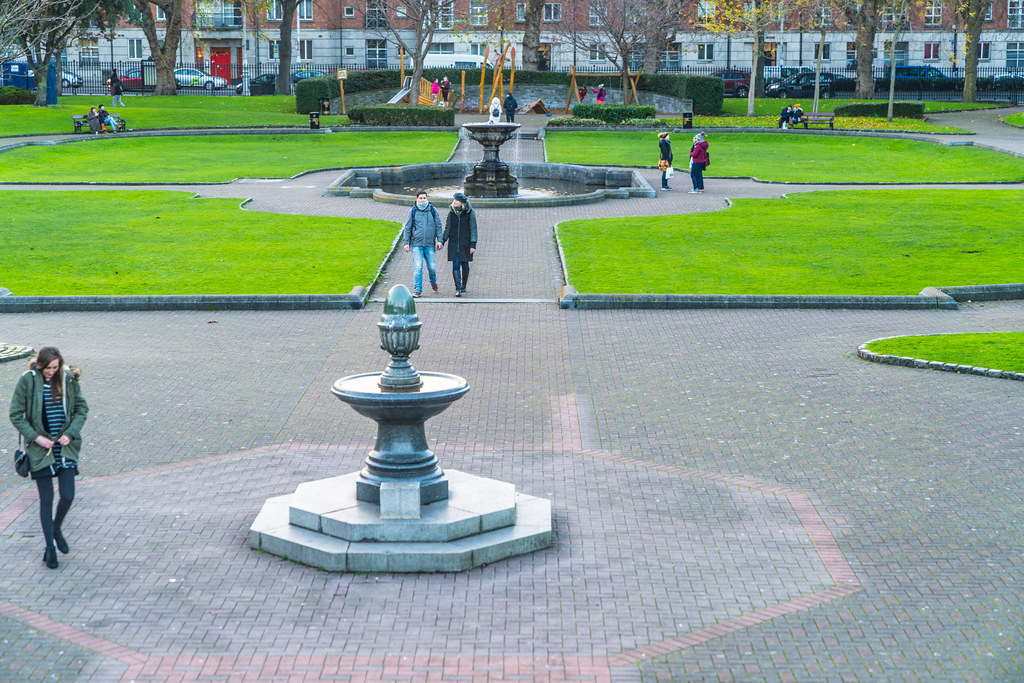