In 2016 I mentioned that the restoration of the Oscar Wilde installation had been completed with the return of the two minor bronzes to their plinths. The stone plinths or pillars are covered in quotations from Wilde. One has a bronze figure of a pregnant naked woman kneeling on the top, while the other has a bronze male torso. One explanation is that they indicate Wilde's ambiguous sexuality and aesthetic sensibilities.


At the time I also reported that the orientation of the female nude has been corrected. It should be noted that the female nude is Oscar’s wife [Constance Lloyd] who was male torsowhen Oscar had his first homosexual encounter. Originally she was facing Oscar but someone tried to steal the bronze and when the authorities restored it they installed it facing the wrong direction and then the tour guides came up with stories to explain why she had turned her back on her husband.

She is facing a different direction now but I am not 100% convinced that one could claim that she is now facing Oscar. Maybe she should be on the other plinth.


The sculptor Danny Osborne used complementary colour stones and also sought out stones with varying textures to give a more lifelike representation of Oscar Wilde than you would find in a conventional statue.

Wilde’s jacket is green stone which is complemented by red stone cuffs. The sculpture includes two stone pillars which are covered in quotations by Oscar Wilde. Placed on top of the pillars are two sculptures, one of the sculptures is a bronze figure of a pregnant naked woman kneeling this represents Oscars wife Constance, while the other pillar has a bronze male torso.

The two pillars which flank Oscar Wilde on both sides are used to set out his thoughts, opinions, witticisms on art and life for all to see and judge. These quotes were selected by a mixture of poets, public figures, artists, and scientists, who use Wilde’s own words to pay tribute to him. 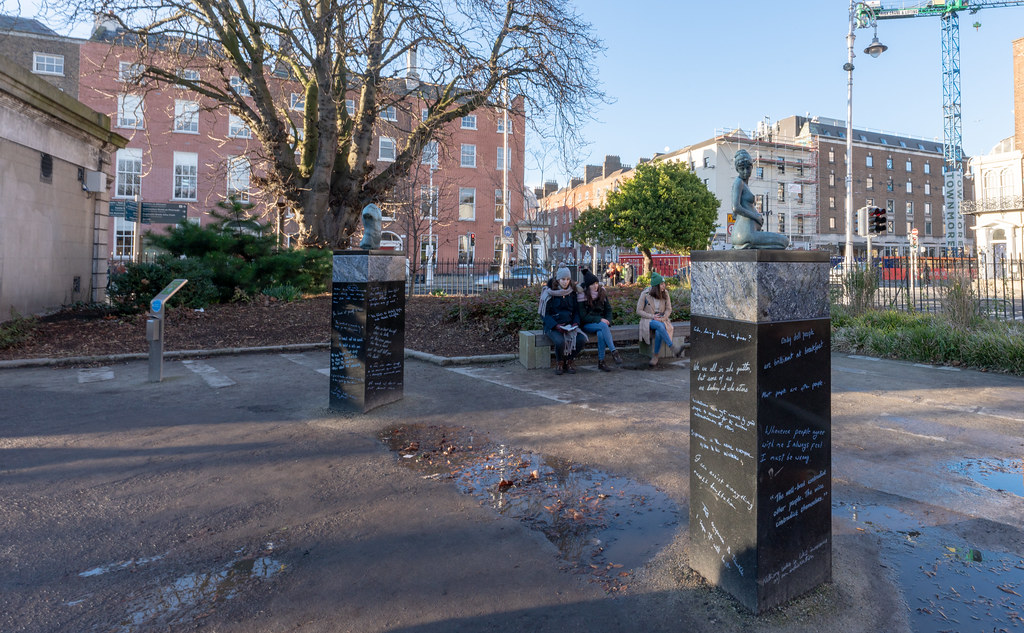 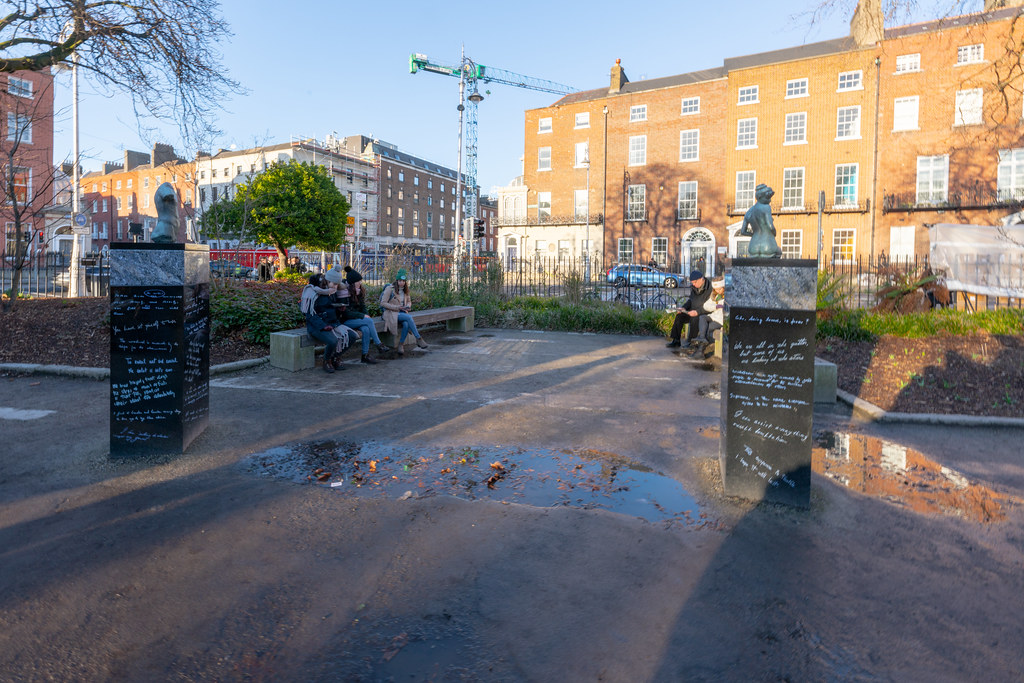 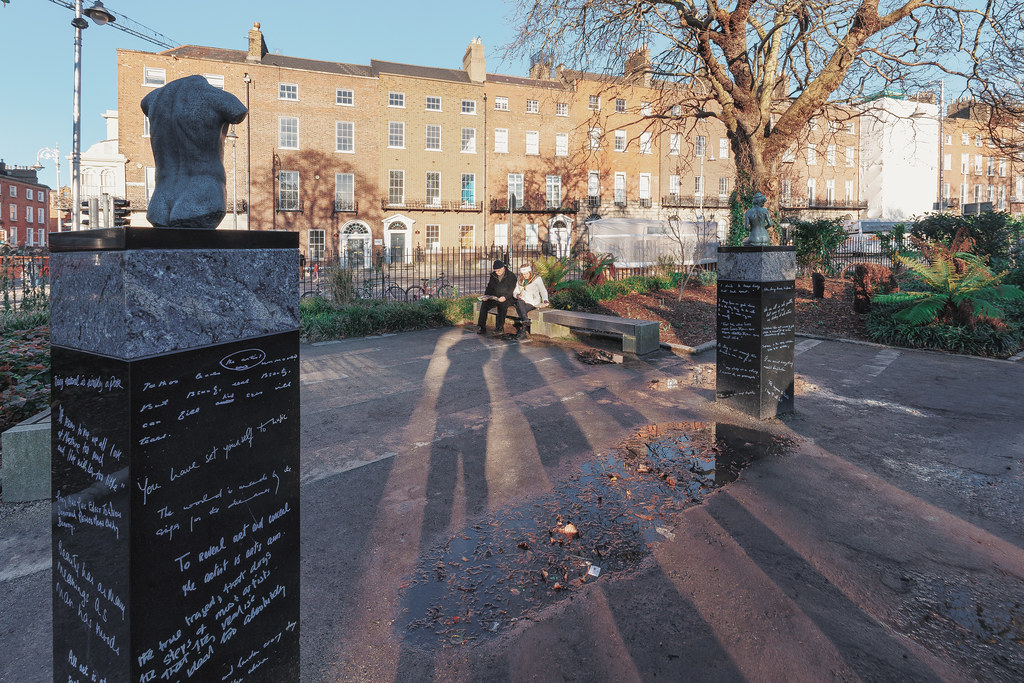 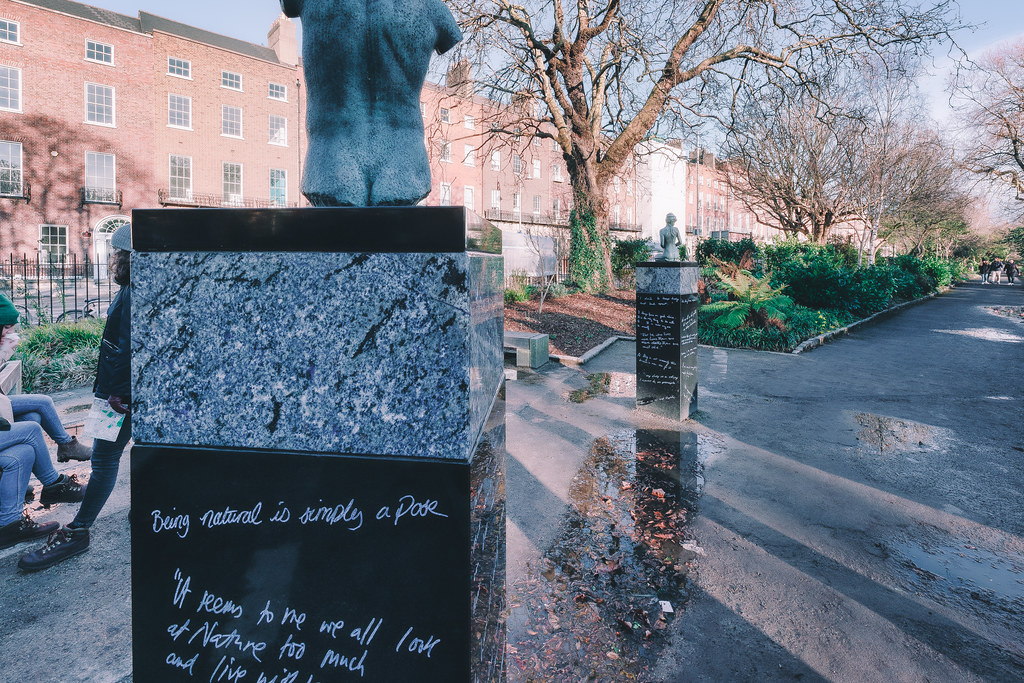 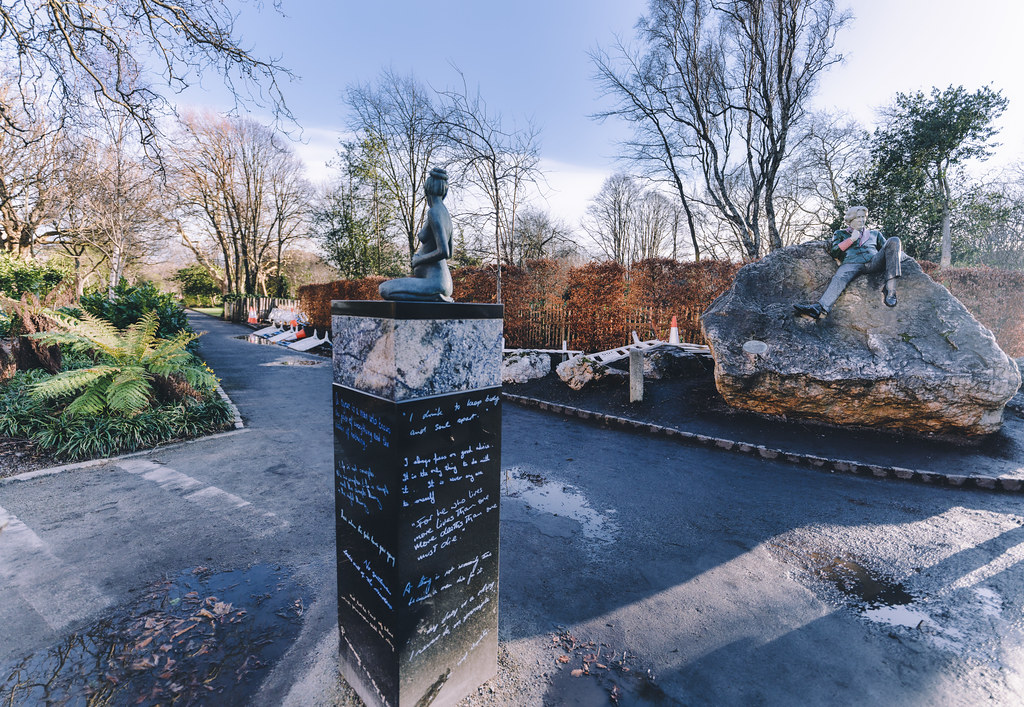 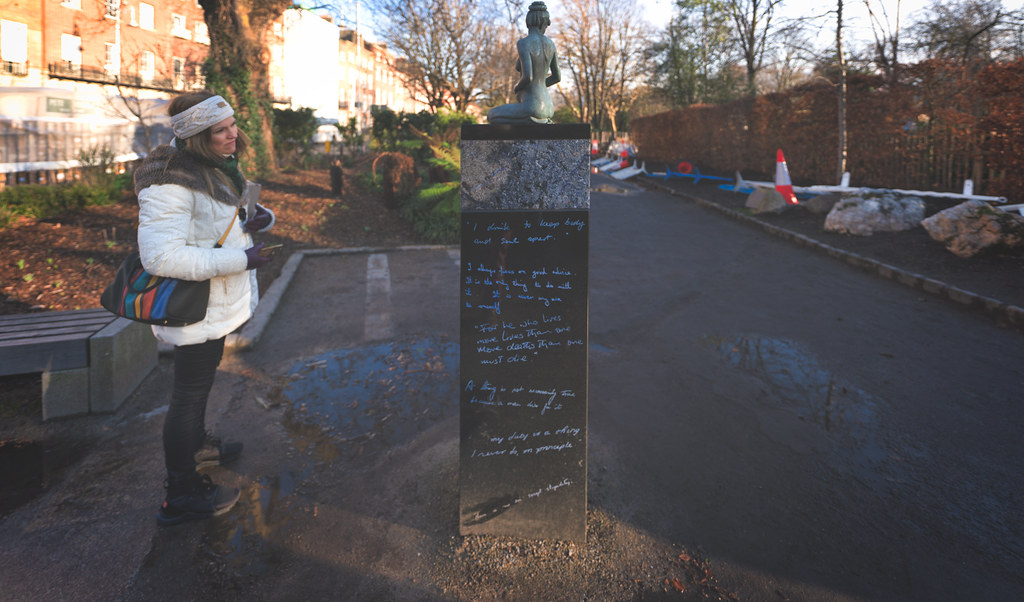 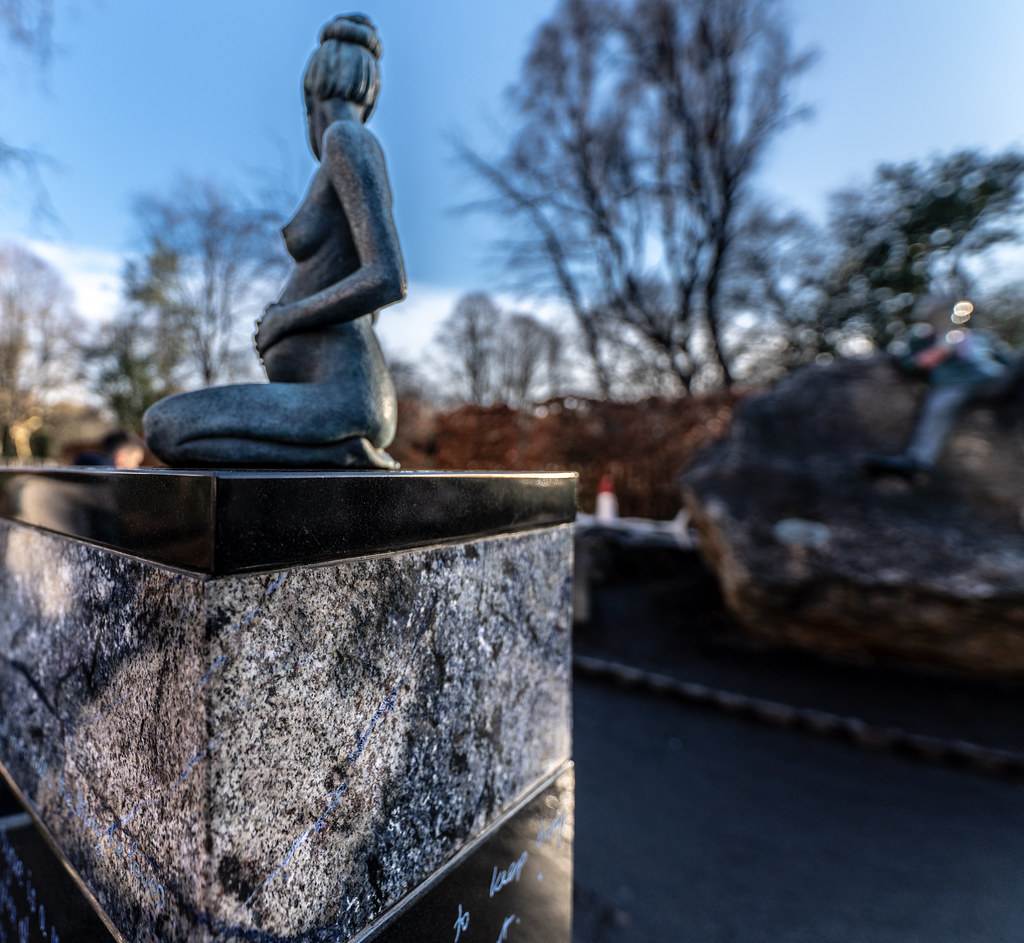 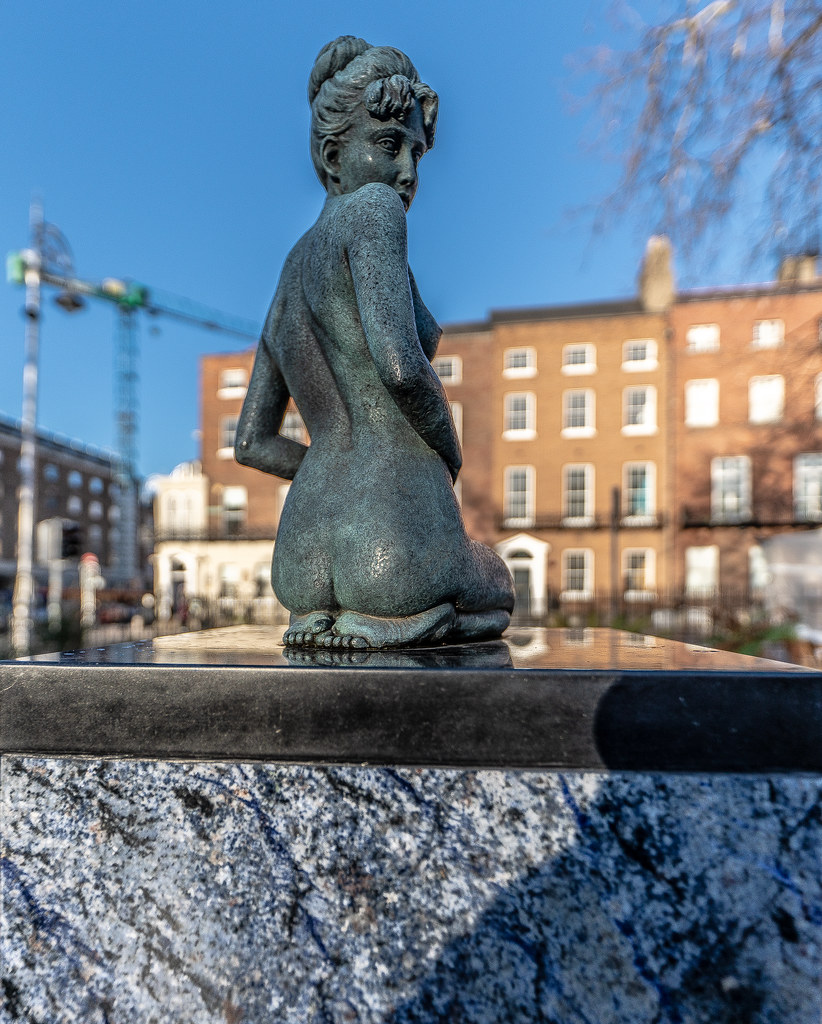 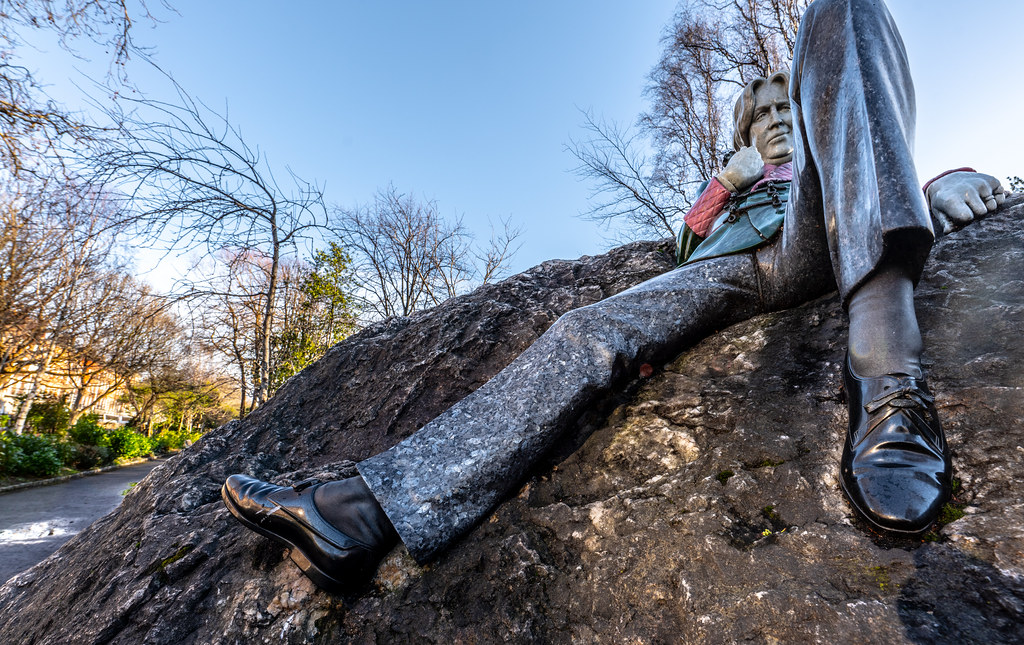 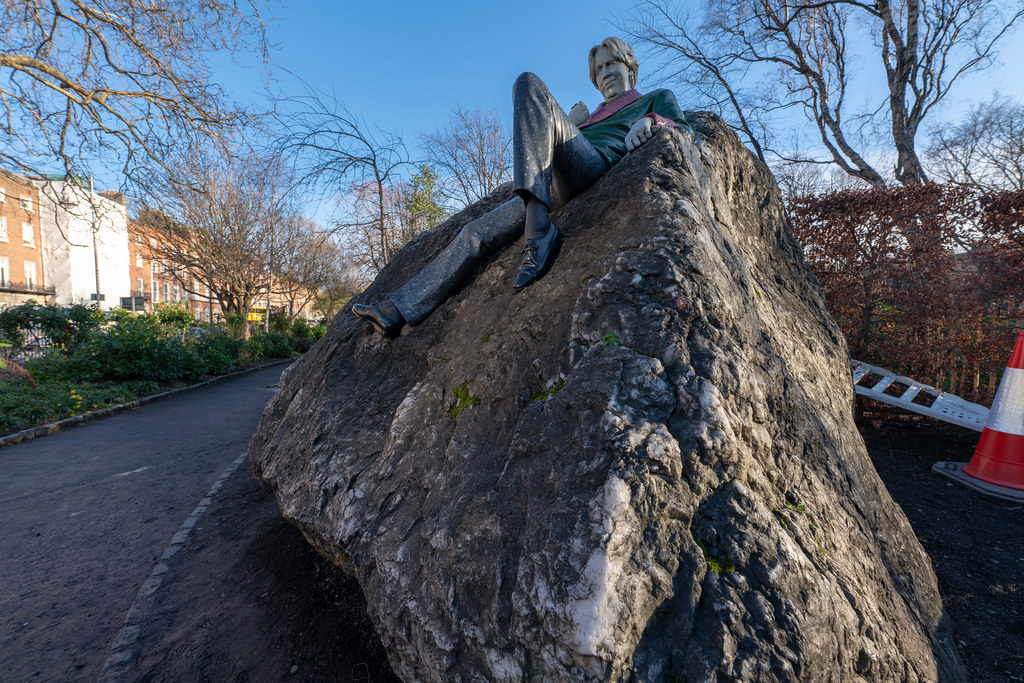 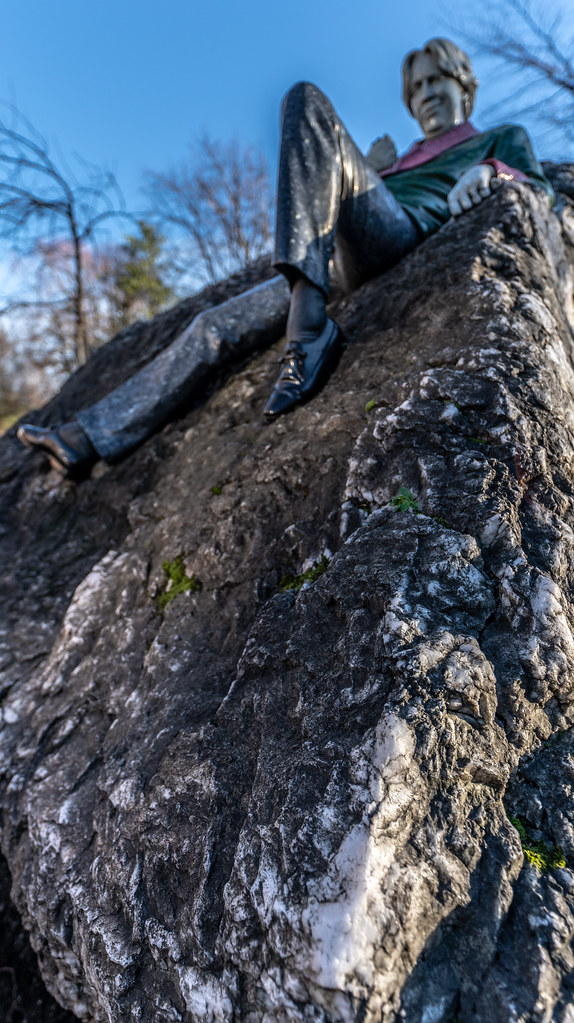 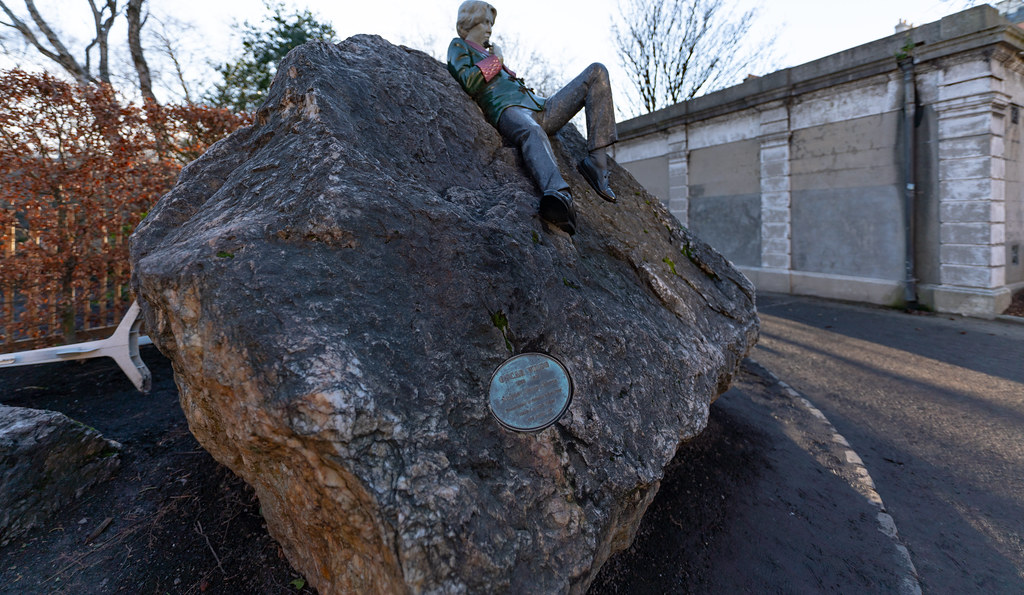