The Dublin Metropolitan Police (DMP) was the police force of Dublin, Ireland, from 1836 to 1925, when it was amalgamated into the new Garda Síochána.

As an unarmed urban force, the Dublin Metropolitan Police did not participate as actively in the War of Independence as did the RIC, and as such did not suffer the casualty rate of that force, although three men were killed and seven injured. One of their number David Neligan (who was an IRA agent) records in his book "The Spy in the Castle" that the majority of the DMP uniformed personnel observed a neutral role, restricted to traditional policing functions. The political "G" Division did not come off so lightly, and selected "G men" were first given warnings by the Irish Republican Army in April 1919. Five members of "G" Division were subsequently killed by the IRA, the first in July 1919. Many DMP officers actively assisted the IRA, most notably Edward Broy, who passed valuable intelligence to Michael Collins throughout the conflict.

In the 1996 film Michael Collins, Broy is discovered and subsequently tortured and killed by the British. In reality, he was not caught and went on to become the Commissioner of the Garda Síochána in the 1930s. His fate in the film is based on that of Dick McKee, who, with Peadar Clancy and the civilian Conor Clune, was murdered after torture in Dublin Castle on "Bloody Sunday", 21 November 1920.

After the creation of the Irish Free State, the DMP became known as "Políní Átha Cliath" (Police of Dublin) from 1922–1925, after which the force ceased to exist as a separate entity, being absorbed into the Garda Síochána (Guardians of the Peace). Its last Commissioner was W.R.E. Murphy. "Dublin Metropolitan" is today a geographic region of the Garda Síochána's command structure.

Unlike the RIC, but in common with police forces in Great Britain, the DMP was an unarmed force. In this, it provided the inspiration for the first Commissioner of the Garda Síochána, who declared that the new force should also be unarmed. 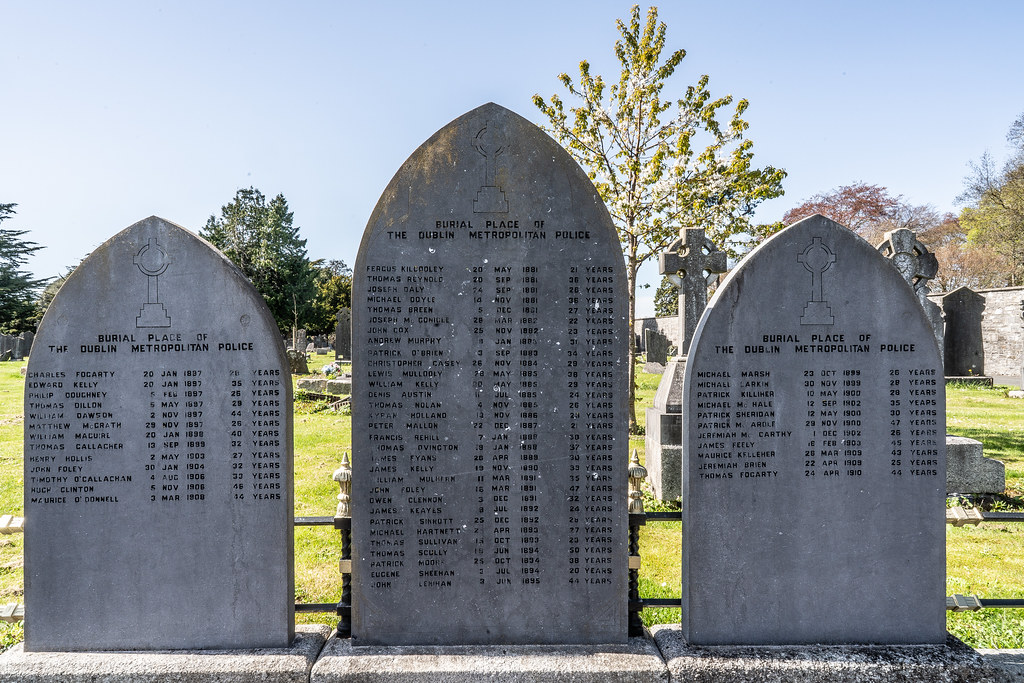